Can the Eternal Mangekyō Sharingan be obtained by implanting a normal Sharingan?

As we know, there are only two who have achieved the Eternal Mangekyō Sharingan. Madara and Sasuke.

Madara and his brother both gained their MS from killing those closest to them. Madara then gained the EMS when he took Izuna's (his brother's) eyes, who had the MS. 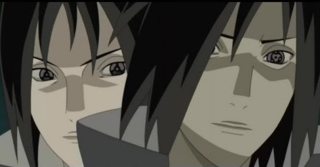 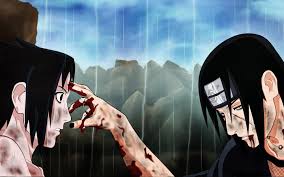 When Itachi was fighting Sasuke, he was saying how he wanted to take Sasuke's eyes so he could obtain the EMS. Sasuke did not have the MS at the time, so was Itachi lying, or are just "blood tie" Sharingan needed for the EMS? *Sidenote I personally don't believe Itachi would lie about this, because if he did and Sasuke found out, Sasuke would then be questioning Itachi's true motives.

Does anybody have any proof that you have to have the MS in order to awaken the EMS?

Here's a simpler thought: you can't obtain something greater if you have something lesser to offer.

One of the changes when someone with the Eternal Mangekyo Sharingan undergoes is that the tomoe of the previous MS wielder is blended in with their own as a secondary pattern, similar to how a kaliedoscope blends in multiple pictures. This is evident with the final look of Sasuke's own EMS.

With that, it makes sense that a prior Sharingan would have needed to have been an Mangekyo, since there wouldn't have been a new tomoe pattern to include into the kalideoscope.

There's a point here that I don't see anyone making, and it's this: Sasuke was supposed to have an Eternal Mangekyō Sharingan when he came into this fight. Itachi repeatedly told Sasuke he needed to have the same eyes as him if he wanted any hope of defeating him. In other words, Itachi tried to set the stage so that the conditions for Eternal Mangekyō Sharingan would be met.

We all know what Itachi's true motives were, and that he didn't actually want to take Sasuke's eyes, but let's look at this a different way. I'm going to write about the character Itachi was playing--in other words, the act he was putting on. This Itachi is power hungry and wants the Eternal Mangekyō Sharingan for the sake of increasing his own power. But not only that, he needs it because he's going blind from using his own Mangekyō. He's desperate to avoid losing his light. He tells Sasuke to kill his best friend and achieve Mangekyō Sharingan, all for his (Itachi's) own sake. And he waits, even after Sasuke gains a regular Sharingan. This is ostensibly because stealing a regular Sharingan is not good enough for Eternal Mangekyō Sharingan.

Fast forward to the battle between Sasuke and Itachi. Itachi is really on a dire strait at this point. He can barely even see. In other words, he really needs to take a chance. He needs to take that Sharingan, whether or not he still gets that Eternal Mangekyō Sharingan in the end. He still hopes that he will, of course, but he's out of time.

Now, coming out of the act once more. We might consider that Itachi had planned out this battle very carefully. There's evidence for this--afterwards, we learn that he drew out the fight specifically so he could destroy the part of Orochimaru inhabiting Sasuke. Itachi also needs to make sure his secrets are buried with him after he dies. Thus, it wouldn't be too far-fetched to say that Itachi had a script in mind. And he probably had the basics for this script planned out for years. But perhaps there's one thing he didn't account for. And that would be Sasuke not achieving Mangekyō Sharingan. So, what's he supposed to do? His script largely requires himself to be trying to take Sasuke's Sharingan. Does he just rewrite the script? There's no time to think of anything different. What would his new character motivation even be in that case, if not to achieve Eternal Mangekyō Sharingan? What he had planned out will simply have to suffice. Any contradictions can simply be explained as his desperation for replenishing the light in his eyes.

As for the opposite conclusion, with only two cases, at best we can say that from an in-universe and out-of-universe perspective, it is simply uncertain whether a regular Sharingan would work. But the only lore we have states that Mangekyō Sharingan is required, so we should probably lean towards that conclusion.

2
If Itachi wanted the best for Sasuke, why did he ask him to kill his best friend?
5
Why did Itachi say that he needs to get someone's MS to get EMS while Sasuke only had a normal Sharingan?
1
How closely related do two Uchihas have to be in order for one to obtain the Eternal Mangekyō Sharingan?