Why is the title written differently in kana and romaji?

Watching the anime titled Ao Haru Ride (AniDB link), I noticed that the title screen displays the title in kana but it is given as アオハライド or Ao Ha Raido, Ao Ha Ride; entirely missing a kana ル for ru

I noticed that this is already present in what seems to be the Japanese manga cover I found on Google images: 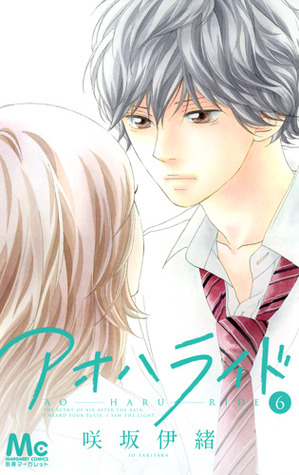 There is one major driving factor behind the majority of slang in Japanese. The primary goal of most slang is to make things easier to say. In other words, the goal is to reduce or simplify the movement of your mouth. There are two primary ways in which this is accomplished, 1) By making things shorter or, 2) By slurring the sounds together.

This would imply that the author felt that saying 「アオハルライド」is either harder or more annoying (or both) to say in conversation than 「アオハライド」.

You can try it yourself: saying ao haru raido forces you to pause between haru and raido, whereas one can say ao ha raido in one go.

There's an explanation given in the first volume of the manga. Here's an excerpt from the official translation:

Right away people sent letters and tweets, asking about the Japanese title Aoharaido. So I'd like to be able to answer.

The Japanese kanji for "youth" can also be read as aoharu, and I imagine that the characters are on a ride through their youth, giving it all they can. Compared to aoharuraido, when you say it out loud, aoharaido is easier to say and more impactful, so that became the title of the series.

Short Title : アオハライド Long and full title : “Ao —- Haru —- Ride”. These were printed on the cover of the Manga . Factual, objective.

Short one-word name is useful for quick reference. “アオハライド” is “Aoharaido” . So that is what the publisher wants you to use as a short name. Why they removed the ru(ル) can be debatable, unless mentioned by the author or publisher, the rationale remains subjective.

But in the end, “Aoharaido” is the finalized short word suggested for the short name. The string of English alphabet “a.o.h.a.r.a.i.d.o” , strictly speaking, has no English meaning. It is typical for Japanese to write a foreign (non-Japanese ) word in Katakana .“Aoharaido” ,hopefully, is adopted by fans to mean the manga “Ao Haru Ride” .

“Ao Haru Ride” is the long title . It is meant to be a sensible sentence with some meaning . So the alphanumeric English name they might wish you to use is “Ao Haru Ride” . If you say it out in Japanese, it would be “あおはるライド” .

“Ride” is an English word. (As in the “ride” in “riding a horse”) . So the use of katakana would be the normal and expected. あお はる ,write them individually in kanji is 青春 。”青春” is “せいしゅん” 、meaning youth !

Not the answer you're looking for? Browse other questions tagged blue-spring-ride or ask your own question.