"Full-time Employment is a Loophole in the Law to Make Wages Lower"?

In Episode 10, which itself is called "Full-time Employment is a Loophole in the Law to Make Wages Lower…" or 「正社員ってお給料を安くするための法の抜け穴...」 「Seishain tte Okyūryō o Yasukusuru Tame no Hō no Nukeana 」 (essentially taken from the dialogue)…

When referring to why Nene can't work as a playtester on weekends, they discuss:

Aoba: Why can't part-timers work on the weekends?
Kou: Oh, it depends on the company, but they're paid by the hour, so if they worked overtime and weekends, they'd get paid more than you, Aoba.
Aoba: W-Wait a minute! Is being a full-time employee just a loophole to make wages lower?
Kou: We can talk about that some other time. 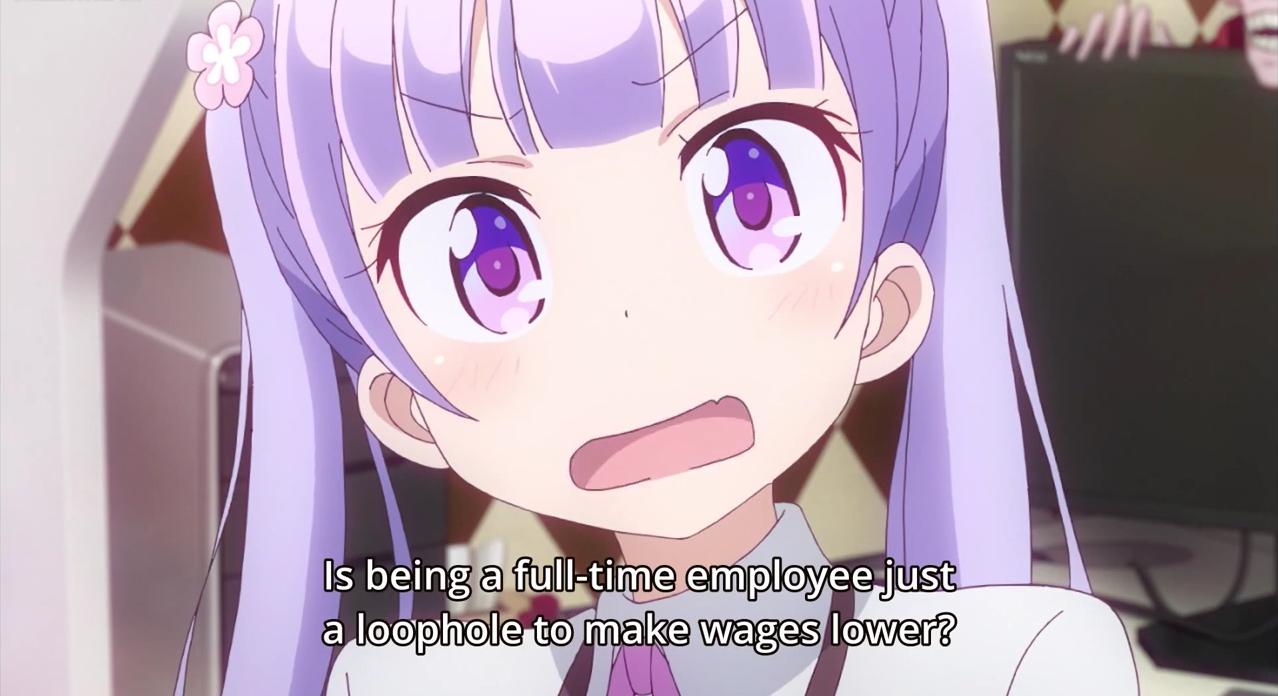 What is this referring to? Is this something that also applies to the western world or some kind of business law in Japan?

If one is salaried, one doesn't usually get paid overtime. Aoba, presumably, is salaried, so like many full-time workers, she won't get overtime.

However as a part-time/temp worker, Nene would likely get overtime which is why she could end up earning more than Aoba.

They usually have relatively more passion for their work than those from most other industries. Unfortunately, there are companies who are happy to exploit that to drive wages down.