Did Ash forget that Pikachu can use Volt Tackle?

This is really disappointing. XY ended, but Pikachu did not use Volt Tackle a single time in the whole series, not even once. Did Ash start using Electro Ball so often that he forget about such an important move of Pikachu?

According to some users in this thread, Ash's Pikachu forgot Volt Tackle to learn Electro Ball, which makes sense, as the series seems to follow the games with Pokemon only knowing 4 moves at a time.

Because they just had to have him learn a Gen V move. He forgot it so he could learn Electro Ball.

According to the wikia page for Ash's Pikachu, this checks out.

The last instance of Pikachu using Volt Tackle was in BW013 (Minccino - Neat and Tidy!).

As Pikachu headed forwards he got hit by Pignite's Take Down, followed up by a powerful Heat Crash. Pikachu managed to get up and countered Pignite's Flame Charge with Volt Tackle.

The first instance of Pikachu using Electro Ball is in BW020 (Dancing with the Ducklett Trio!). The synopsis for this episode even states:

After unintentionally shocking himself with Thunderbolt, because he was stuck in a beach umbrella, Pikachu couldn't use Electric-type attacks. Eventually his anger caused him to learn Electro Ball.

After this point, it appears that Pikachu no longer knows Volt Tackle.

Though the question already cleared I have a more creative way to answer it.

In the Anime, Ash' Pikachu learned Volt tackle in the Battle Frontier season ep05 (425) though not entirely learned (by the following episodes when used it's soon failing) by Ash orders Pikachu to use quick attack, though using quick attack Pikachu soon combine it's electricity in the quick attack creating volt tackle. 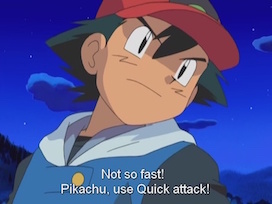 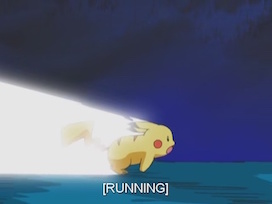 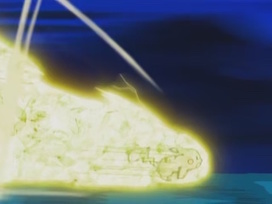 If this assumption is correct, though in the games I don't remember the attack summary, it's seems from the above that in the anime ver. volt tackle is simply a combination of quick attack and electricity powers, making volt tackle a "speed attack".

Now, in the games the summary of electro ball says: 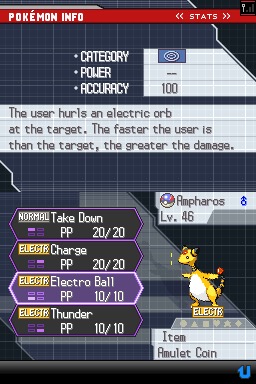 To explain and expand that summary I will give a little introduction: in the games mechanic, speed is how sooner the Pokemon will hit the foe, the more the Pokemon have more speed than the foe, it will hit first, electro ball takes more advantage of the speed mechanic - the more the pokemon is faster, it will not just hit sooner than the foe (since he's faster) but will have more damage on the foe, so it's been clarified that electro ball has 3 advantages: it will hit first, it will be much more damage that way and if the foe is weak against electric attack it will be much stronger. in short: the electro ball attack is a "speed attack" like volt tackle in the anime ver.

Though Ash in Best Wishes/Black and White series returned to "not to think strategy" after the Diamond and Pearl series it's still safe to say that Ash is not that moron to use volt tackle over electro ball.

I was watching Pokemon Sun and Moon season 1 episode 34 (subbed). In the middle of the episode, the subtitle said that Ash told Pikachu to use Volt Tackle. Either this was a mistranslation or that he can use more than 4 moves now.

9
What did Team Rocket use to evolve Rhyhorn?
4
Can a Burst Warrior use any Burst Heart?
11
Why doesn't Ash use his old Pokemon?
39
How many pokemon did Ash catch?
5
Do HM's appear outside the games?
4
Why did Ash became a child back in Sun Moon Series?
3
Why did Ash need to go back to Pokemon School?
8
How can Pikachu speak now?
5
How far did Ash travel across Kanto in total?