Title of an anime with children quarantined in a city block? [closed]

This is all I can remember:

It's an anime series with some SF or future theme. The government has the ability to close off a very large city-block with walls that can move and destroy buildings. Behind these walls, they have defenses which can kill anyone who tries to leave the quarantined area. As far as I know, there was some form of virus, but the surviving children were not contaminated.

As far as I know, it's about a high-schooler who has to survive in this quarantine and has to form a society to survive. At first, the leader wanted to be more democratic, but then his girlfriend gets killed which turns him into become a hard-line dictator. In the end (I think, not sure), they build enough resources to make an attempt to escape.

I hope I've given you enough information to find the title.

I think you are looking for Guilty Crown 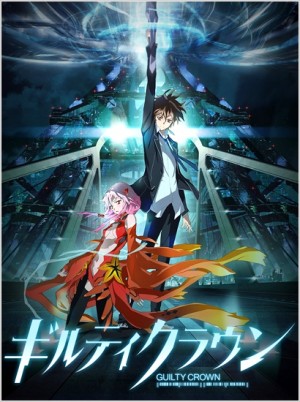 A deadly virus known as "Algernon" has attacked humanity with vicious meaning. At the forefront of the battle is the mystifying Akamatsu Industries – disguised as a heavy machine factory in Tokyo, this undercover organization uses neural enhanced weapons known as NeuroNoids to battle Algernon.

1
Why doesn't Hare fix Ayase's legs with her Bandage void?
5
What is up with the World Map?