Why are Chinese names in anime sometimes rendered in English using the Japanese pronunciations?

Background on how Chinese names are pronounced in Japanese

Consider the man who was the chancellor of the state of Shu under Liu Shan during the Three Kingdoms period. In Chinese, his name is written 诸葛亮. In English, his name is typically written Zhuge Liang (pinyin), which is a reasonably close approximation of how his name is pronounced in Mandarin.

Japanese, though, does something that may seem strange. The Japanese language has its own unique ways of pronouncing Chinese characters, and so even though this man's name is still written 诸葛亮 (same as in Chinese), it is pronounced "Shokatsu Ryō" - nothing at all like how it's pronounced in Mandarin! The reasons for this are complicated; basically, it has to do with how the Japanese language borrowed Chinese pronunciations for Chinese characters (so-called "on readings") from Middle Chinese mostly before 1000 CE, and how the Japanese and Chinese/Mandarin pronunciations have diverged in the ensuing millennium-plus.

In some anime, the names of Chinese people are spoken. This sometimes happens with historical figures, e.g. Gakuto in Prison School and his obsession with Romance of the Three Kingdoms. It also happens with the joint Chinese-Japanese productions that've been springing up lately, where pretty much everybody's name is Chinese - for example, Hitori no Shita: The Outcast, Bloodivores, and Soul Buster from the past few cours.

The thing I find weird is that sometimes, Chinese names are localized using the Japanese spellings. This makes no sense to me - nobody outside Japan has any idea who "Shokatsu Ryō" is, whereas many people will have heard of "Zhuge Liang".

I know I've seen this happen elsewhere; I'll update this list if I remember where I saw it happen.

Why would a subtitler or other localizer choose to render Chinese names into English using the Japanese pronunciations? This approach seems wrong on its face to me, so I'm hoping to hear from some involved party why this decision might be made.

I can't yet cover all the reasons, but at least on Hitori no Shita and Cheating Craft, that's what they're using on their official sites. 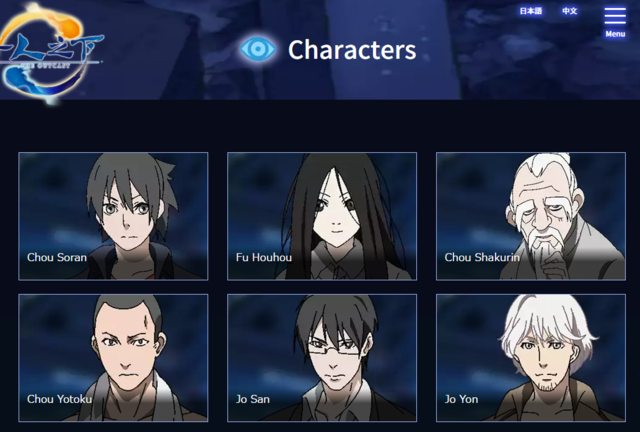 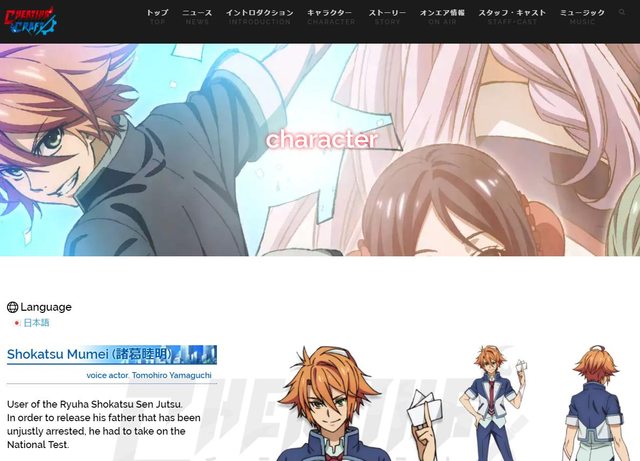 Changing the names from the one stated on the official site may confuse viewers when they notice the inconsistency, especially coming from official licensees (e.g. Crunchyroll). This should also explain the retconned subs of the first 2 episodes of Hitori no Shita when they diverged from the official given names. The viewer's experience could certainly be improved by adding "translator's note" though.

I can't say for Reincarnation no Kaben, because apparently it hasn't been licensed in English yet. In this case, fansub/scanlation is a different thing because they're free to translate how they want to (add "lack of research" into the factor too).

6
Why do Japanese names change within a manga to have various forms at different times?
5
Who is Kouu the tyrant king?

23
Are anime and manga subsidized or actively used by Japanese government to promote Japanese culture/relations internationally?
59
Why do some anime in Japanese contain English?
26
Why are there sometimes darkened scenes in new anime?
3
In yaoi anime, why does the uke always say 'senpai'?
10
Why do some English Dubs leave untranslated Japanese Text?
9
Why did English dubbing anime companies stop dubbing anime songs?
2
Why are most anime dubbed in American English, rather than British English?
5
Why is it that English dubbed anime shows still use Japanese words such as Senpai and many others?
0
Why do first episodes of anime sometimes use content from several chapters into the manga or novel?