Is Black Rock Shooter the only anime soundtrack that features vocaloid singers?

Are there any other anime soundtracks that incorporate a vocaloid singer (or a similar synthesized voice program) such as Miku? 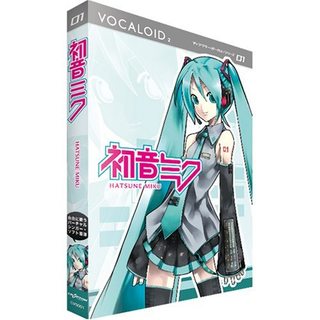 It's probably going to be pretty rare for anime soundtracks to be featured with a Vocaloid singer, since the talent tie-ins and money for making anime want to promote their in-house talent so they want to use their own (live) singers. You can see a lot of famous vocaloid producers get hired for their music but instead of the vocaloid voice track, they use in-house talent for the voice:

Jon Lin's answer is good, so I don't think I have anything to add in that direction. As he says, using Vocaloid singers for songs of full-length anime (rather than animated music videos) is rather uncommon. It sometimes happens that a Vocaloid singer will be used in early stages of production, but by the time they are ready to release the song it's usually done by a live singer, which is generally more profitable.

I only know of two instances of Vocaloids being used other than in the Black Rock Shooter shows (which you mentioned). Both of these were atypical.

The ending of episode 13 of Akikan! (the final episode) used Miku (as Mikkuchu Juuchu). However, each episode of Akikan! had the same song (Koisora Recycling) sung in a different arrangement by Nomiko, sometimes with guest artists, so Miku wasn't really the focus.

Meguriau Sekai, a 15-minute low-budget independent anime, has an insert song by Miku called Wish: Kutsuhimo o Musunde. I was not able to find this song anywhere, though if you can find the anime it plays from 12:00 until the end. This was very likely done to keep costs low. The anime only has one voice actor, and licensing a professional musician would probably have been beyond their budget.

I searched for any other anime with Vocaloid songs, but I was not able to find any for the top 10 or so most popular Vocaloids. If there are any others, they are low-budget independent productions like Meguriau Sekai, since a high budget show using Vocaloid songs would probably be notable enough that it would be documented in many places.

Paprika, a 2006 anime movie, has a theme song called "The Girl in Byakkoya" by Susumu Hirasawa which was sung by Vocaloid LOLA.

It's considered as the first anime movie to use Vocaloid in its OST.

The last track, "The Girl in Byakkoya", features three spoken lines in Vietnamese. The soundtrack is significant for being the first made for a film to use a Vocaloid (using the Lola voicebank) for some vocals.

From Wikipedia article of Paprika

Episode 6 of Watashi ga Motenai no wa Dou Kangaetemo Omaera ga Warui was sung by Miku, but it's kinda sad that it was only for an episode. And it seems like it wasn't even an original song, I think, but just a cover. Not sure, though.

Not the answer you're looking for? Browse other questions tagged music black-rock-shooter vocaloid .

5
What connection is there between the Black Rock Shooter anime and PSP game?
2
Where did these songs appear in Black Rock Shooter?
26
Why is Miku shown with a leek?
3
What is the meaning of Arakawa Under the Bridge's opening theme song?
9
Who is Mizuki in SawanoHiroyuki[nZk]:mizuki?
2
Why are some anime OP/ED theme songs sung by Kpop/Korean Artist?
0
What is happening in the first episode of Black Rock Shooter?
9
How did Miku become so popular?
5
Why are there unreleased soundtracks?