When did Sakamoto get his three chips?

When did Sakamoto obtain his three chips? (It may be that I just didn't pay enough attention.) I do know Tairo collected most of the chips of the dead bodies, but I never really saw Sakamoto collect any or kill any of the players. How did he obtain them?

Sakamoto has 3 chips, plus his own (for a total of four), after he kills Masashi Miyamoto (knife guy) and Souichi Natsume (attorney guy with glasses).

Before Miyamoto gets killed (while he has Himiko hostage, after Natsume is killed by the Cracker BIM), he mentions he's already killed a guy and taken his IC chip and BIM. Miyamoto wrongly assumes that Sakamoto has three chips (two plus his own) since he has 3 types of BIMs, and that Himiko has Mitsuo Akechi's (fat guy) IC chip. 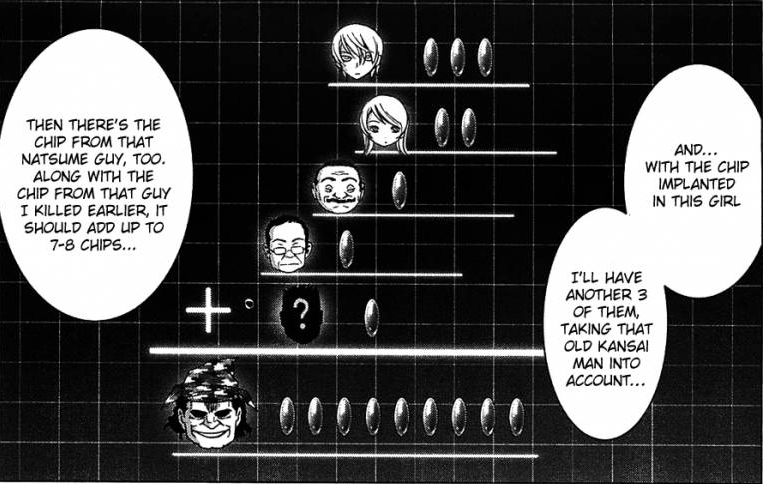 Not the answer you're looking for? Browse other questions tagged btooom or ask your own question.