Why does Selim Bradley have a nipple on his forehead?

When Ed "kills" Pride, a tiny baby pops out. When we see him 2 years later, it appears he has a nipple in the middle of his forehead. 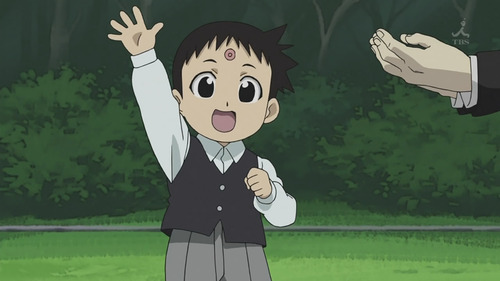 It's another mark commonly worn by homunculi.

This a remnant from Selim being a homunculus. The ouroboros tattoo is a recurring mark of a homunculus, but there are other common themes that at least some homunculi share.

Look for the red lines and circles, most notably found on Sloth, Gluttony, Lust, Envy (only in his true form) and Greed (when he has his shield up). 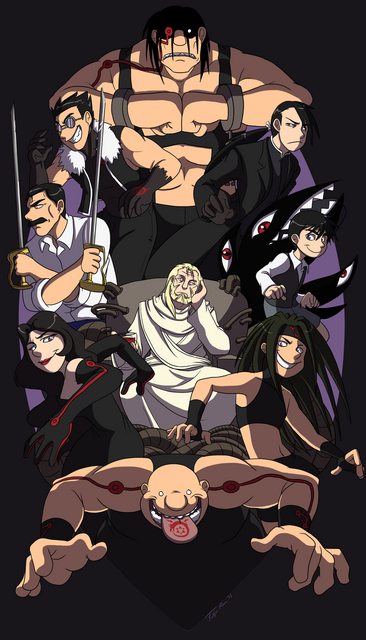 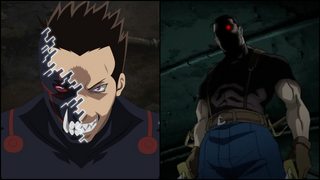 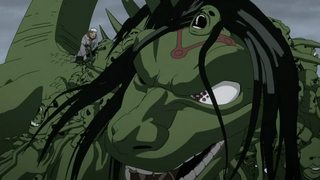 The "nipple" you see on Selim's forehead is a continuation of this same mark. The tiny baby already had this mark: 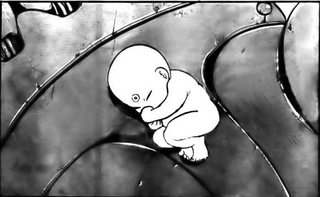 The "old" Selim (the one who was destroyed) wasn't the actual homunculus. It was a container (the true homunculus was the little baby).

Why don't all the homunculi have these marks?

Well, first of all, these marks are never explicitly mentioned (at least not in the shows, I haven't read the manga) and not plot relevant. Therefore, it's possible that these are not required, but rather a design choice (or a consequence from their creation)

Or maybe Father managed to improve his later homunculi so that they don't need the mark anymore, though GreedLing still has the red marks and he is the newest addition.

There are two homunculi who actually bear the marks, but are able to hide them:

So actually, there is only one homunculus who does not have the mark: Wrath (Bradley). But Wrath is also unique in other ways, e.g. the only homunculus that ages. It stands to reason that there is a very good reason for Wrath to hide his homunculus marks: because he is a deep agent who needs to stay anonymous.

So there are two possibilities here:

The mark on Selim's forehead was already present when Edward had reduced him to his true form in chapter 106.

The mark does not appear to be visible on his forehead prior to his destruction: for instance, compare these instances of Selim's face in ch. 70 to that in ch. 108, post-Promised Day.

Why is the mark only visible after Pride is destroyed? Selim Bradley's body is really a shell. We see Selim's face start to disintegrate up in ch. 104, after he fights with Edward, and in ch. 106, he states that the "container" that Father gave him is breaking up. There would be no reason for such a container to have the mark, particularly when it might arouse the interest of others.

12
Where is Pride's Homunculus tattoo?

23
Why doesn't Greed harden fully?
7
Where did Scar's other tattoo come from?
8
Why are the 'things' that are created from human transmutation so randomly generated?
7
Why is Pride's name different from the word “pride”?
6
How does Mustang fight in the end of Fullmetal Alchemist with injured hands?
9
How did Sloth lay rail underground?
11
Why didn't Edward Elric get his leg back?
7
Why is Ed able to exchange his knowledge?
5
Is there any explanation about Selim Bradley's true form?