Is Blood-C set in the same world as Blood+?

I know that Blood-C was produced in-part by Studio Production I.G, the creators of Blood+, and it has a lot of similarities to Blood+, such as the appearance and name of the characters and the name of the manga/anime/film. Are they set in the same world or in some sort of parallel universe, or is Blood-C something like a reboot of Blood+? 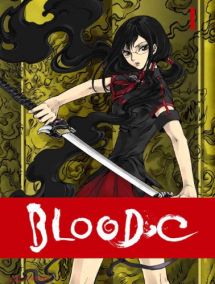 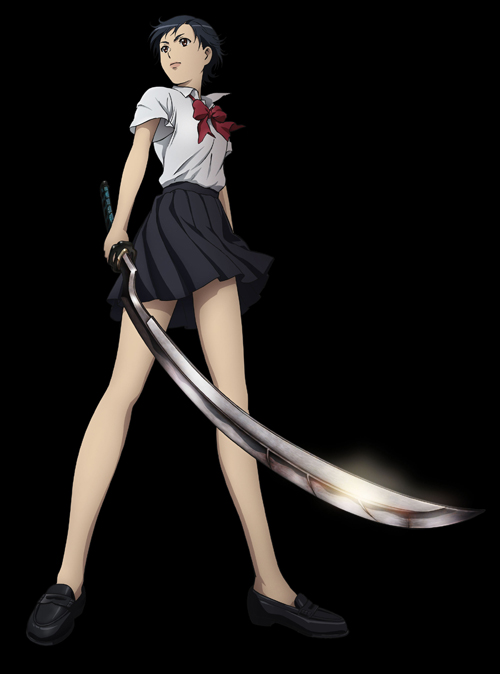 As given on Wikia :

Saya Kisaragi has long hair that are similar to that of original Saya Otonashi, respectively of Blood+ in 1863 early version of Saya and 1972 Vietnam War in scenes only.

Despite major dissimilarities other than that they are different personalities, between the two Saya's of Blood+ and Blood-C, such as their backstory and traits for the character; they share the similar plot differently. For Example Saya Kirasagi sings when walking around town and the Other Saya Otonashi plays the cello but badly judging from the reactions of other characters.

Somehow Saya Kirasagi remains in mystery where she come from despite of her origins, unlike Blood+ Saya Otonashi comes from a chiropteran mummy

Saya never calls a sword in the series except in the opening when she mind controls her cover of the sword even as Tadayoshi Kirasagi gives the sword , before battles like Blood+ Saya from Haji and The Last Vampire from David.

It seems to be of a parallel or a totally different world because of the various differences shown in spite of the similarities introduced to make it of a series.

Facts supporting a unified world are the fact that during the last episode of the series:

After drinking the elders blood, she has a flash vision as her memories return. One of these memories during this time, and other times through out the series, is her fighting and killing a Chiropteran several times. Most of the flash visions are blurry, showing the shape of what appears to be a Chiropteran. In one of the last flash visions Saya has, it clearly shows her being attacked by a Chiropteran.

However, this could just be a coincidence if it was a joined but separate world, meaning that the two Saya's are different people. It is clearly stated that Saya is not the girls real name in Blood-C, that it was just a name given to her by her captor.

All in all, it is what ever you believe it is because the facts point to either side of the spectrum. you decide.

Not the answer you're looking for? Browse other questions tagged blood+ blood-c or ask your own question.

3
What is the connection between the Blood Series?