Where did the eighth Buranki fall?

When Kaoruko and Azuma awaken all the Buranki on Treasure Island in episode 1, they cause some of the Buranki to fall to Earth. Eight Buranki fall on Tokyo (according to contemporaneous news reports seen at the beginning of episode 3, and according to Hiiragi later that episode), not counting Oubu.

However, as Oubu falls to Earth (with Kaoruko, Azuma, and their father inside), we get this aerial shot of the Tokyo area: 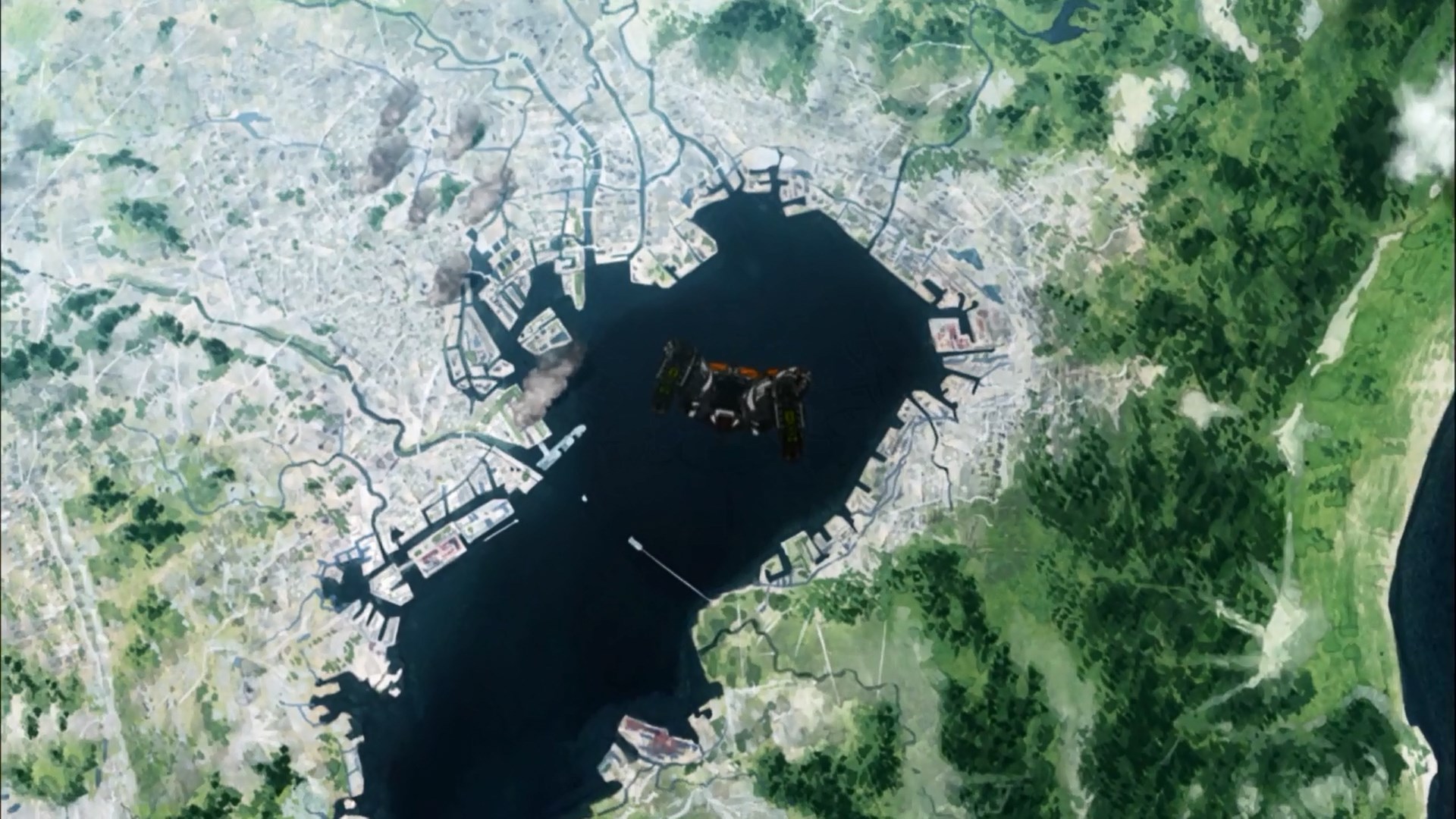 As you can see, there are some smoke plumes, all located on the west side of the bay. I've marked them with red dots in the image below: 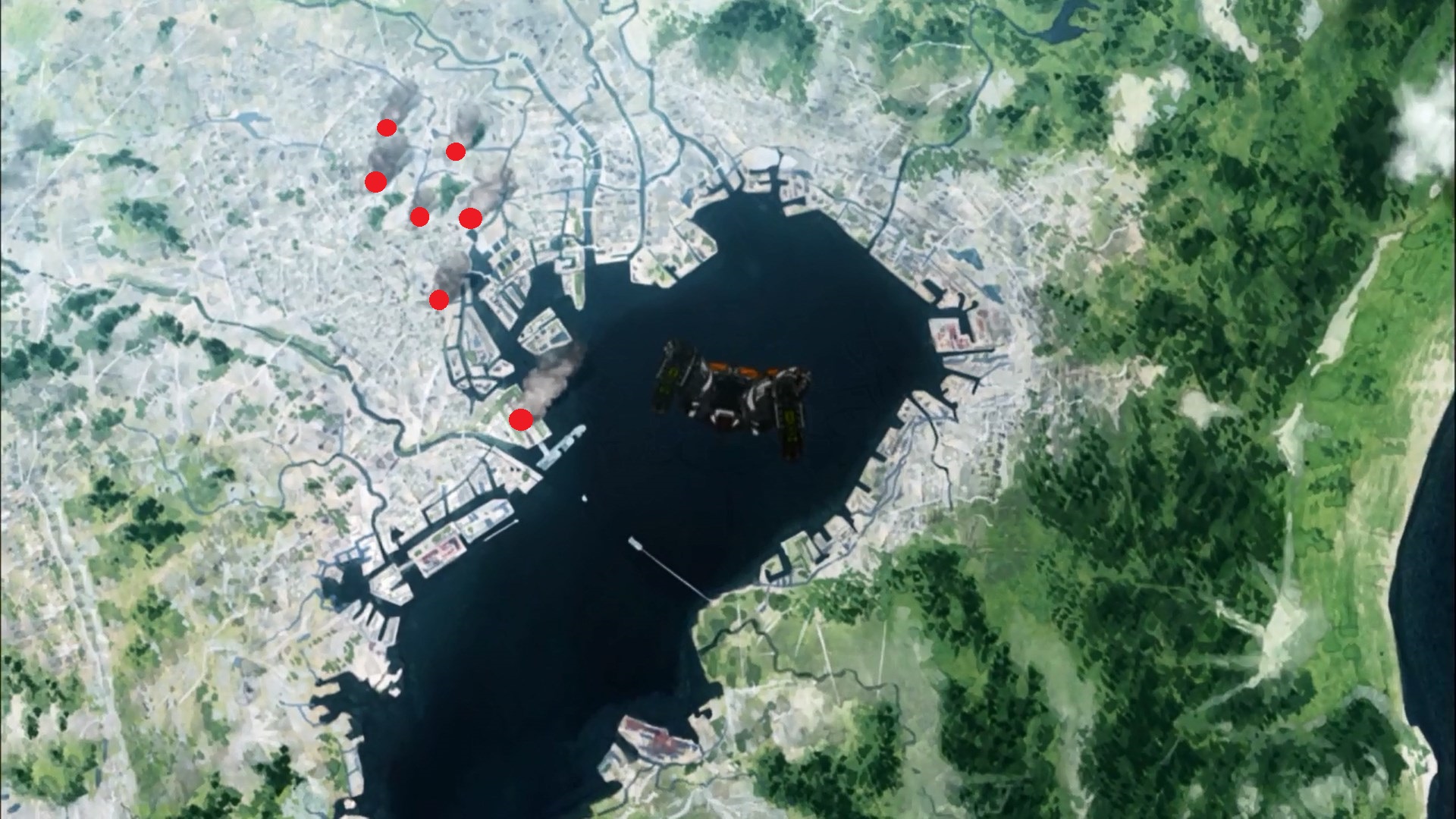 There are only seven plumes, though. Where did the eighth Buranki fall?

The news reports at around 1:00 into episode 3 state that there are reports of Buranki having fallen in Ohta, Toshima, Chiyoda, Shinjuku, and Sumida wards. We also see footage of a destroyed Buranki in Bunkyo ward.

Below, I've superimposed a diagram of the wards of Tokyo over the screenshot in the question (which is thankfully fairly easy to do because of the distinctive shape of Tokyo Bay). 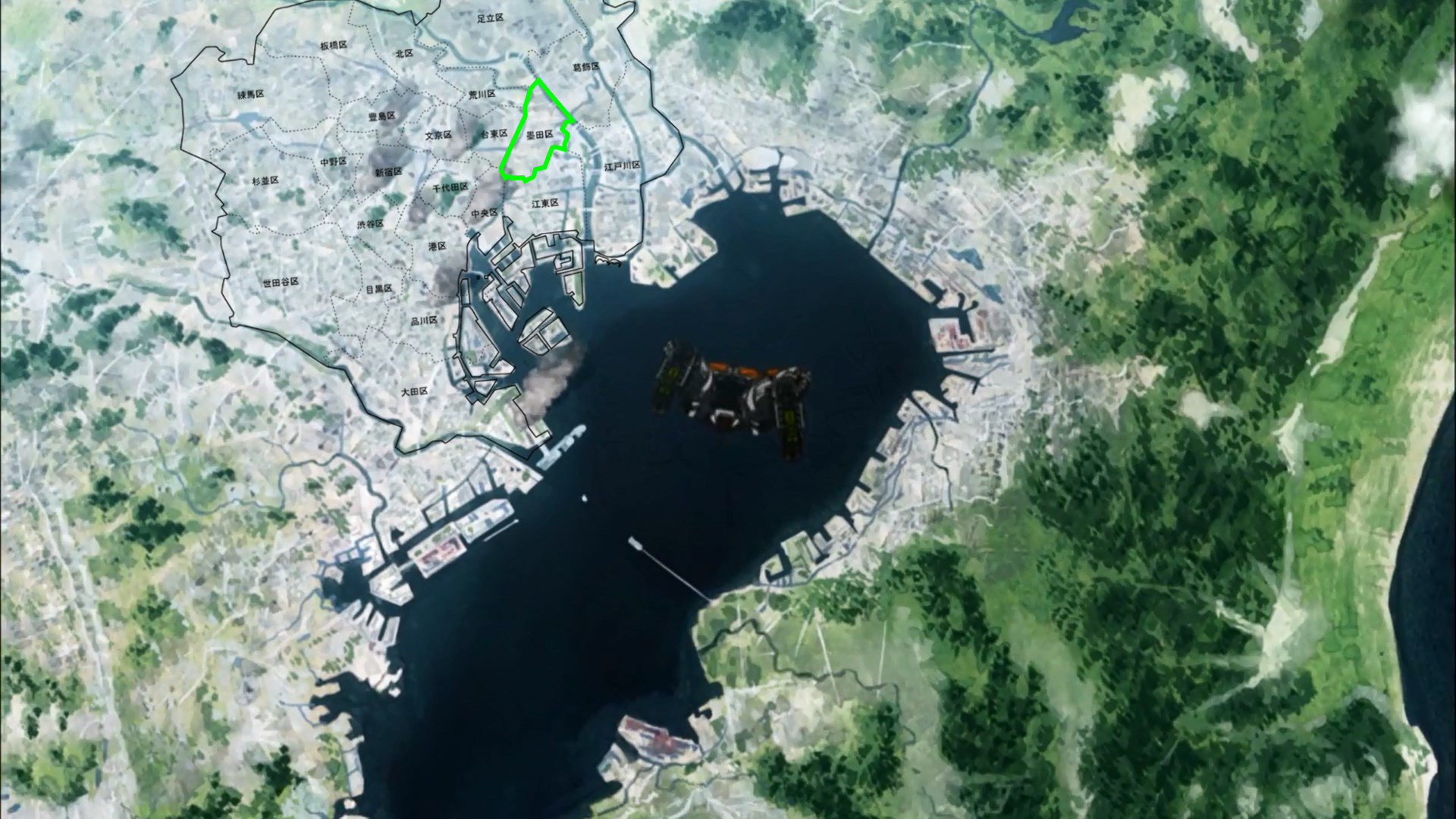 In green, I've outlined Sumida. A Buranki is supposed to have fallen there, but there's no smoke plume. The other wards listed all have smoke plumes in theme, so my best guess is that someone just forgot to draw a plume in Sumida.

1
Does the kid's inherited bubuki changed shapes to fit their owner's tastes?
3
Is there any special reason for the Donyatsu shoutout in Kogane's backpack?
1
Is the old man from episode 2 the same person we see later?