What is the 'thing' that is located under the Fairy Tail basement?

In Fairy Tail episode, when Master Makarov take Gildarts to appoint him as new Master, he show something to Gildarts, and I'm so interested in it. Anybody have information about that 'thing'? 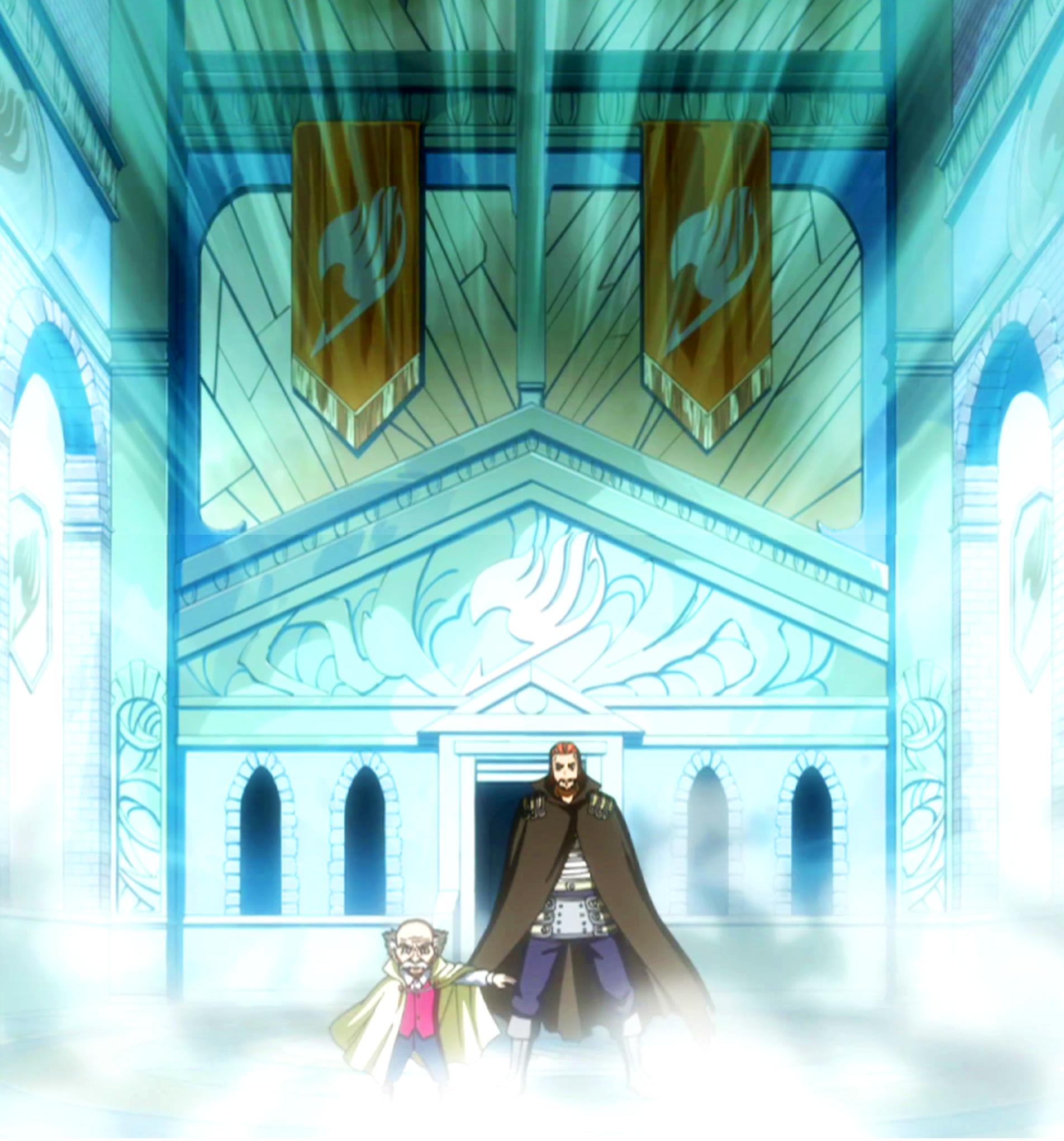 Originally it was said that Lumen Histoire is located in the basement. This has later (in chapter 4 been revealed, not to be a thing, but a weapon. A weapon related to the sealed body of the first master of Fairy tail, Mavis. Therefore, more than just Lumen Histoire, it is Mavis' sealed body that lies beneath Fairy Tail's original building. 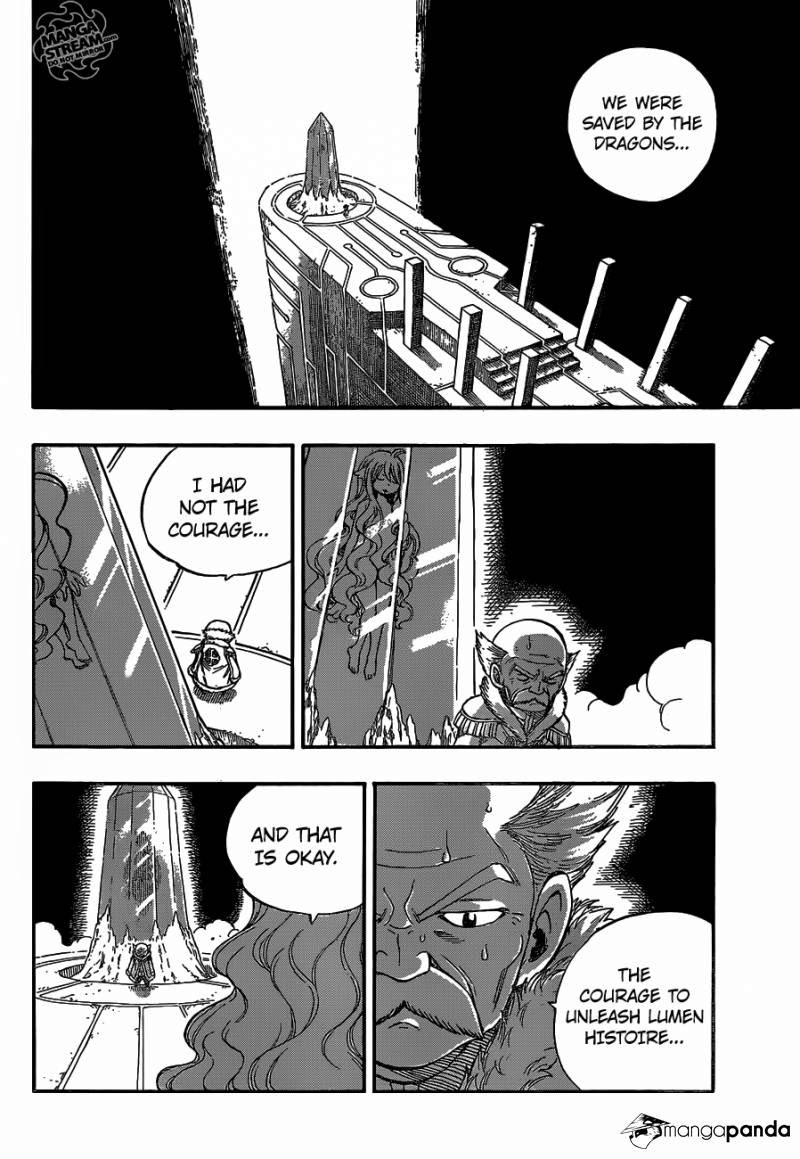 Quote from the wiki:

Later, it is revealed that Lumen Histoire is in fact the body of Mavis Vermilion encased in a crystal. Makarov also calls it the "ultimate weapon" of Fairy Tail. source

The Girl in the Crystal is the 406th chapter of Hiro Mashima's Fairy Tail. This is where you can find the answer to the main question of this thread.
It was revealed on the second to the latest chapter that Lumen Histoire is Mavis Vermillion, frozen inside a crystal.

here it is in Chapter 406: The girl in the crystal 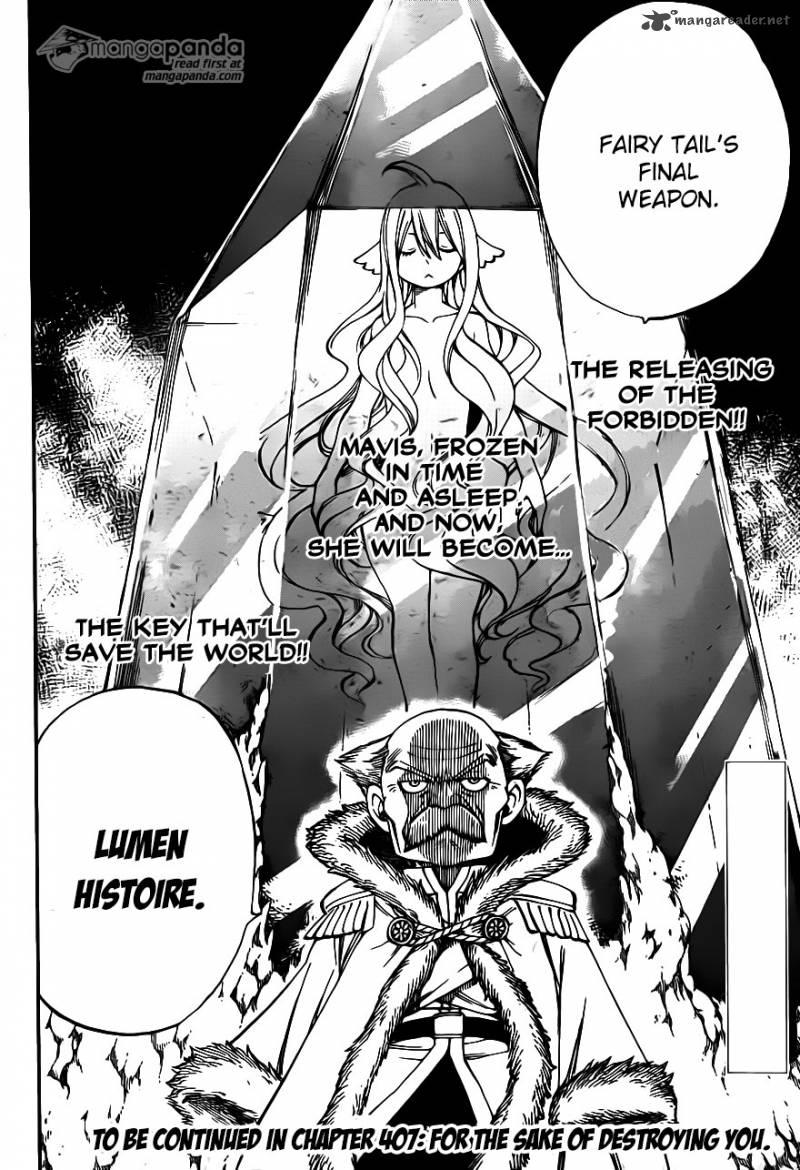 5
Is this Erza's new armor in the new chapter of the Fairy Tail manga?
5
Job request in Fairy Tail untouched for hundreds of episodes
7
Why does no one remember Gildartz?
1
What order should the Fairy Tail volumes/chapters be read in? And how to read labelling "Fairy Tail 465 - 400 Years"?
1
Timeline misunderstanding in Fairy Tail
1
For the 2nd movie of Fairy Tail: Dragon Cry, at what moment is it placed?