I've seen this used in almost all of the episodes, where during a fight or a scene the colors of the characters will change almost immediately, almost to an inverted color scheme, or sometimes a more muted color scheme.

In this scene, you'll notice that Josuke's Stand, Crazy Diamond, is normally colored blue/pink, yet during the fight switches to blue/green, while Killer Queen, who is normally Pink/Black/Gold, is switched to Gold/Black/Blue (body, gloves, skullpiece).

In another fight, seen here, not only does Josuke and Yoshikage change colors, but their stands change color to yet another different color, with Crazy Diamond turning blue/brown, and Kira Queen turning Blue/Green/Yellow.

Another example of Yoshikage and Josuke: 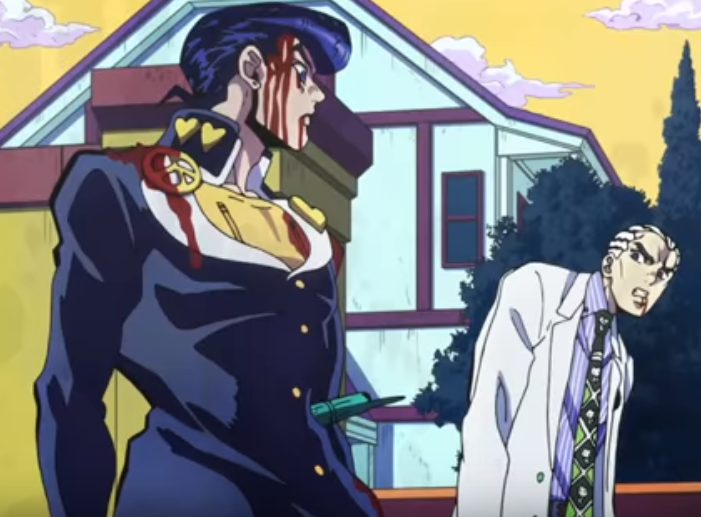 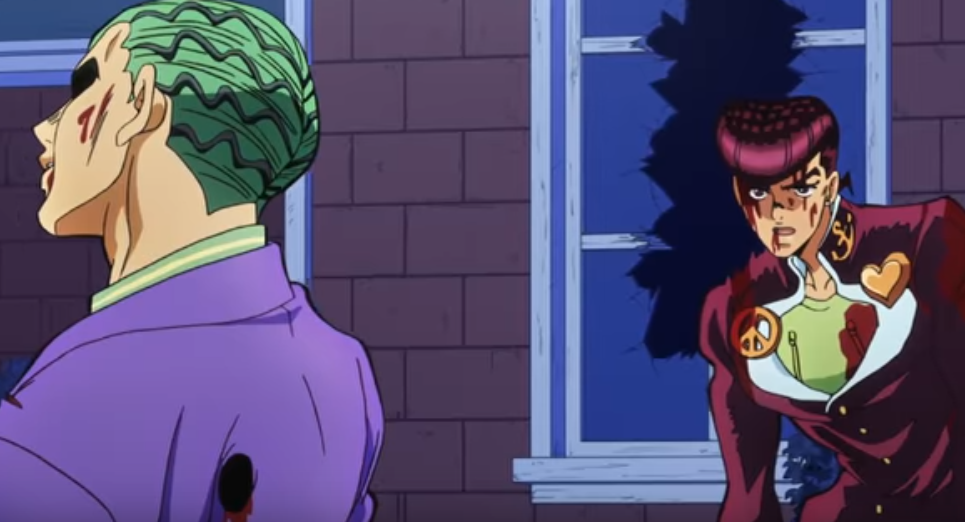 Is there a specific reason for doing this technique? Why has David Co "switched" the colors sometimes during a fight?

From what I know, Araki enjoys playing with various colour schemes, which is evident in multiple different colour versions of the characters in manga covers and coloured artwork, which the anime series has followed as it is a big 'part' of the look and feel of Jojo-series as a whole. For specific instances of colour, I guess it's mainly to enhance and add visual flavour to dramatic scenes.

If you noticed in stardust crusaders at the start when we first see Kakyoin, he calls Jotaro "evil" and after Jotaro says "Evil?" they swap colors, making Kakyoin and Hierophant purple and Jotaro and Star platinum green.

That is my theory about it. It might as well just be its own style of showing off cool colors but there may be a bigger meaning to it all.

7
Why was "Vanilla Ice" localized as "Cool Ice"?
6
How could "this character" come back to life without becoming a Vampire at the end of Stardust Crusaders?
11
Why did Jotaro's Star Platinum's punch destroy DIO's The World?
3
Why did the stand "Notorious B.I.G" change to "Notorius Chase" in the anime?
2
Why did this character become a zombie after the King Crimson arc?
1
Why there seems to be so few members of Passione?
1
What happened to this character creating this phenomenom?
0
Why is DIO evil/his motives?