What card game are they playing in S02E12?

In the twelfth episode of the second season of Hibike Euphonium, some of the main characters are playing a card game before going to bed.

Apparently it has to do something with reaching classes, because Kumiko mentions not even getting out of middle class after Midori announced that "Revolution's over". 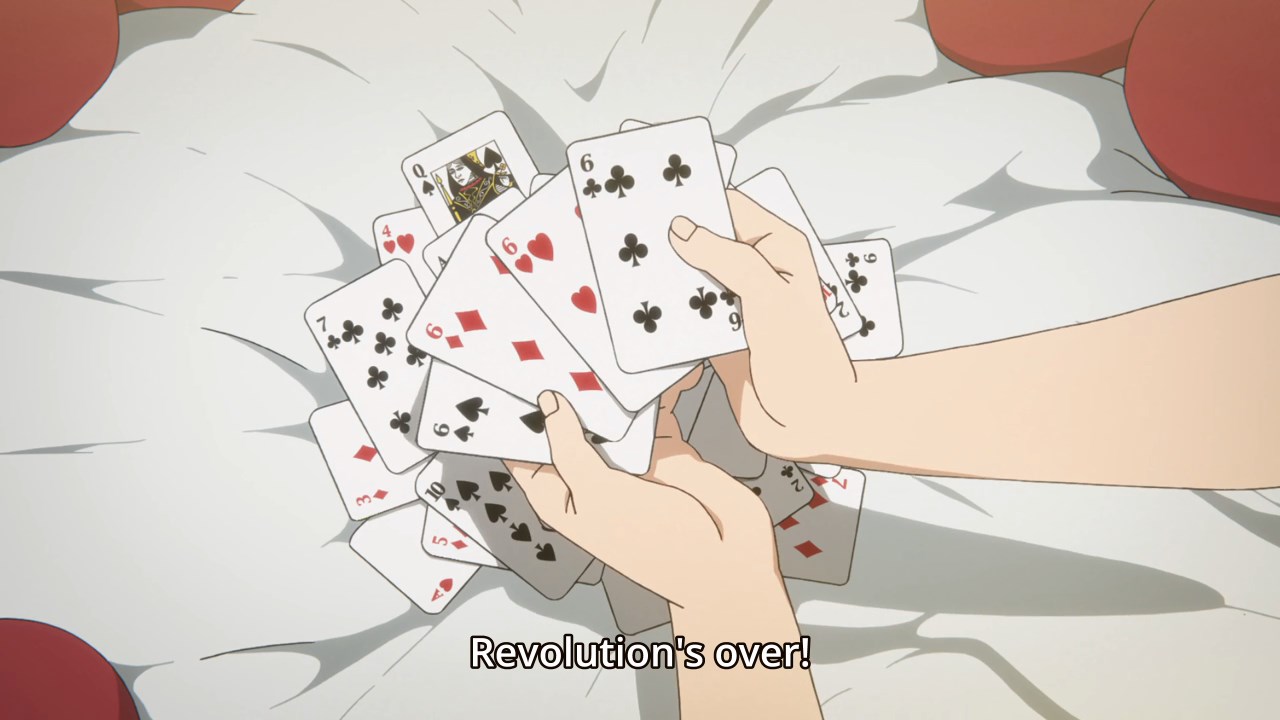 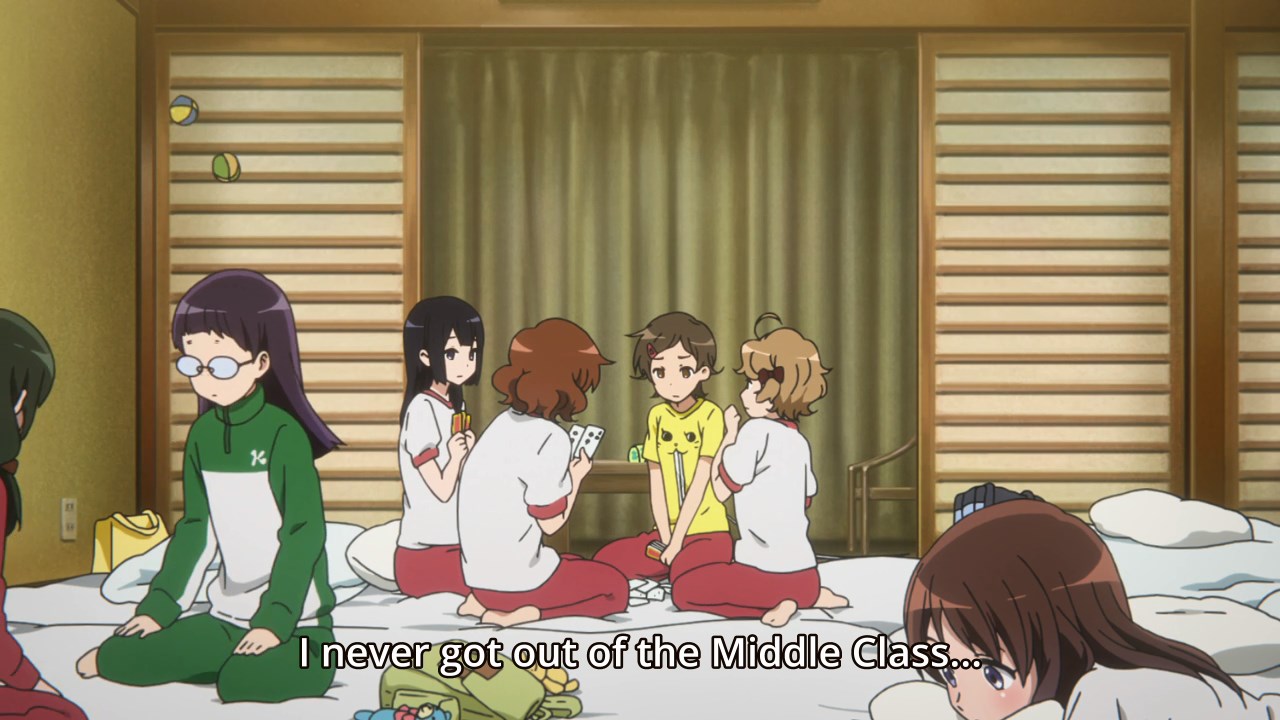 This game is called Capitalism and each player is assigned a social class ranging from president to 'scum'.

It's also sometimes called President which is a westernized verison of the japanese game "daifugō" (perhaps that is the actual game, but localized) where it ranges from the daifugō (Grand millionaire) to the Daihinmin (Extreme Needy).

There is a variant which allows "revolutions"

If a player leads out with four of a kind, the hierarchy of all the cards will be reversed.

If another four of a kind is played, the order would switch back. Revolutions are typically utilized in the game to create better balance and avoid having the same player remain in first position indefinitely.

The object of the game of course is to be the highest ranking person :)

Not the answer you're looking for? Browse other questions tagged hibike-euphonium or ask your own question.

10
What is the card game the characters play?