What happens to Eureka and Renton at the end of "Eureka seven"?

At the end of Eureka Seven, Eureka and Renton came out of the Command Cluster, then Nirvash and some other Corals moved to another dimension to maintain Limit of Life. But Eureka and Renton no longer returned to their home i.e. Bellforest though their names are mentioned in the Thurston family chart along with Maurice, Maeter, and Linck as a part of Thurston family.

What actually happens to them? Did they abandon them?

Also there is no mention of Maurice, Maeter, and Linck in the sequel Eureka Seven AO.

In the original Japanese version, the final scene of the episode revealed a colored picture of Renton and Eureka with Axel and the children, which confirms that they have returned to Bellforest as promised. 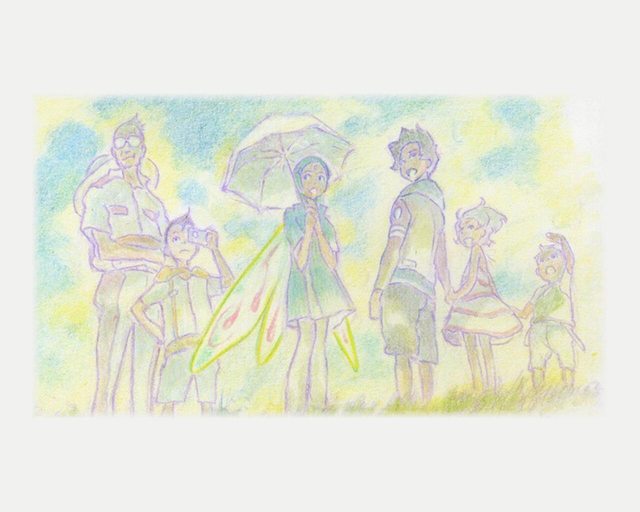 which is actually an end card. However, end cards are usually not considered as canon, so just interpret this picture personally.

As for why the children didn't appear in the sequel, most of the staffs who worked on the sequel are different from the original, including Dai Sato (the chief writer for the original). This thus resulting in many plotholes. Some fans, to some extent, also disregard the sequel as canon due to this.

Not the answer you're looking for? Browse other questions tagged eureka-seven or ask your own question.

2
I need a location to buy the eureka seven ao bracelet silver edition
0
What's the song usually used on the most intense parts and most cool parts in Eureka Seven?
2
Why and how did South Park use music from Eureka seveN?