Why do I have to light up the room before watching anime? 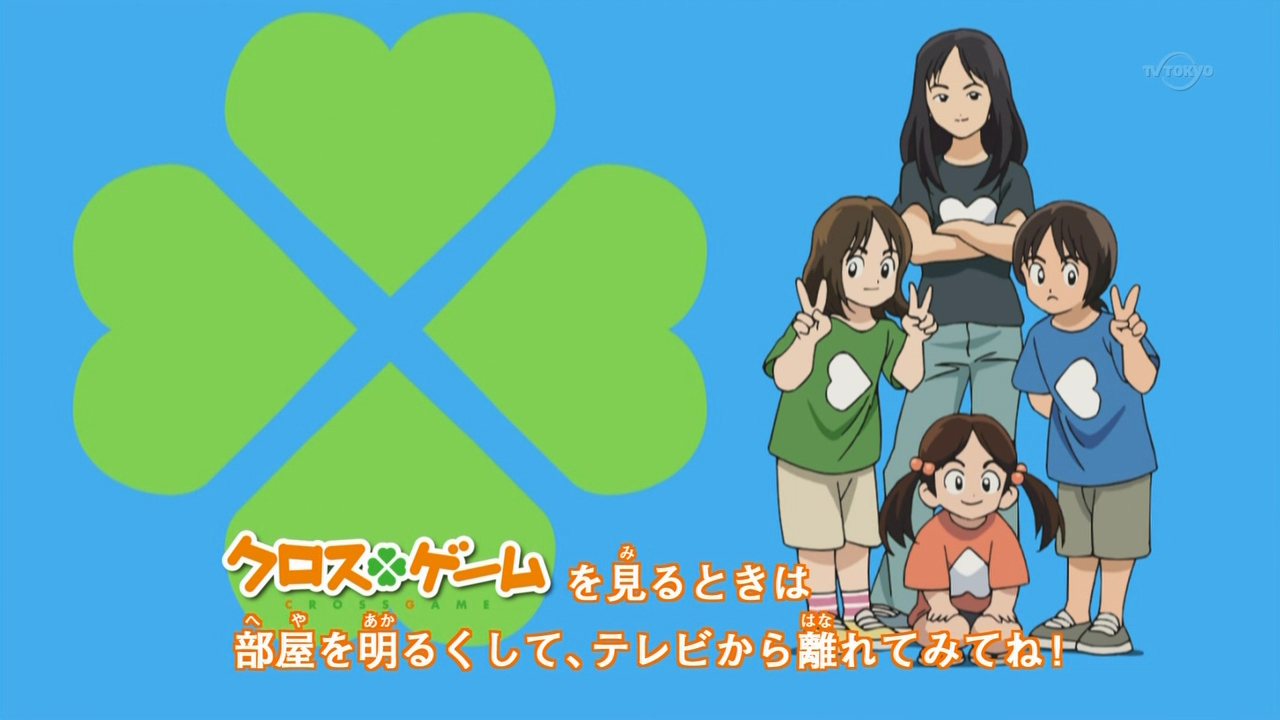 When watching anime, sometimes at the beginning of the show, I come across the warning message

which can be translated as

When watching anime, light up the room, and leave some distance between the TV and yourself!

I understand that not staying too close to TV is important for eye health. But why is it so important to light up the room? What is the purpose of this message, and why do some shows display this warning message while the others don't?

anime-production culture
Share
Improve this question
edited May 17 '13 at 20:40

This is less to do with eye health as it does with photosensitive epilepsy (PSE):

Television has traditionally been the most common source of seizures in PSE. For patients with PSE, it is especially hazardous to view television in a dark room, at close range, or when the television is out of adjustment and is showing a rapidly flickering image (as when the horizontal hold is incorrectly adjusted). Modern digital television sets that cannot be maladjusted in this way and refresh the image on the screen at very high speed present less of a risk than older television sets.

Some PSE patients, especially children, may exhibit an uncontrollable fascination with television images that trigger seizures, to such an extent that it may be necessary to physically keep them away from television sets. Some patients (particularly those with cognitive impairments, although most PSE patients have no such impairments) self-induce seizures by waving their fingers in front of their eyes in front of bright light or by other means.

Since many anime contain rapidly flickering images (think flashing lights), the broadcasters ask to turn the lights on as it is especially hazardous in a dark room, for those susceptible.

This is happening even recently:

In some cases, specific television programs featuring certain types of visual stimuli have provoked seizures in a small minority of television viewers, including some viewers with no prior history of seizures of any kind. The "Dennō Senshi Porygon" episode of Pokémon is the most frequently cited example ... broadcast of the program in Japan, which includes strong flickering scenes, produced seizures in a surprising number of viewers, even though the proportion of viewers affected was extremely low

See the Public Responsibility section of the page for more examples.

Oded's answer is correct. The most important reason to remain far away from the screen is to avoid the risk of epileptic seizures. As a practice in anime, this was started after the infamous Pokemon episode Electric Soldier Porygon aired, which resulted in 685 viewers being hospitalized for seizures. The Pokemon anime was put on hiatus for 4 months after the episode was broadcast, and the episode has never been reaired in Japan or anywhere else. Bulbapedia has some more information on the episode as well.

That episode, which contained fast flashing scenes with a lot of red in the images (particularly bad for epileptic people), resulted in stricter guidelines for flashing images in anime. Broadcast studios also elected to begin showing these sorts of warnings, especially on children's programs, though there is no official rule that they must do so. This is mentioned on the Japanese Wikipedia Article about the incident (called "Pokemon Shock"; see the 注意を促すテロップの表記 section), but not in any English sources I was able to find.

There was a similar incident with the anime YAT Anshin! Uchū Ryokō earlier in the same year, but it was not as large scale. The Pokemon incident is the one which spurred action from both the government and broadcast companies.

11
Why do most anime have field trips to Kyoto?
19
Why don't anime seasons have a standard amount of episodes?
13
Why do anime girls have huge chests?
1
Why do some anime have episodes with spoiler titles?
5
Is anime1.com a legal site for watching anime?
8
How come sports anime never have tryouts?
2
What makes the anime art style look good when it is anatomically inaccurate?
1
Why is that some anime never see light of day?