Who is this character from a Dragon Ball videogame?

The one in the right. I can read the first word in japanese says Vegita but I can't understand the rest

By the appearance of SSJ3 Vegeta and Nappa, it's from the game Dragon Ball Heroes, a Japanese arcade game developed by Dimps, which they have developed a lot of popular anime video games. 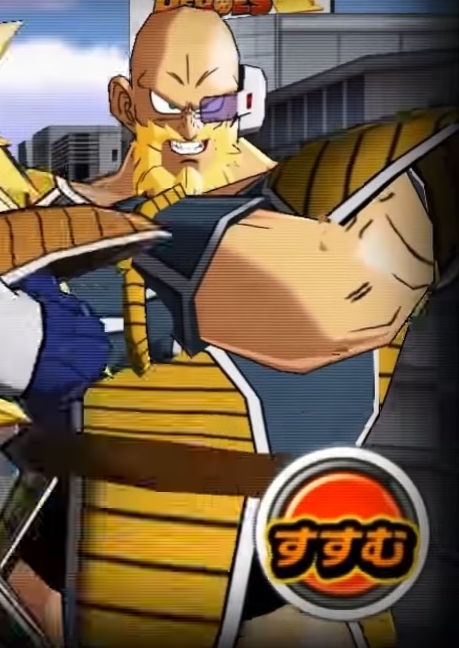 9
How can one tell if Nappa has become a Super Saiyan?