So we all know that Sasuke does not have an arm. And after his fight, Sakura was saying something about making an arm out of Hashirama's cells. Thing is—Sasuke has the Rinnegan, and knows how to use it. So, he can use the Asura Path technique to get a new arm. So what was the need for an arm made of Hashirama's cells anyway? Why did they make one for Sasuke if he can get a new arm himself? And why is Sasuke missing an arm in the first place? He should have had his own new arm by now. 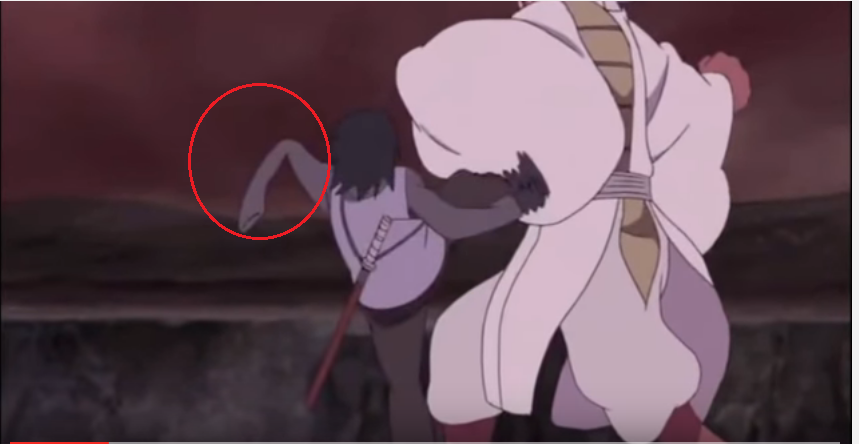 I think it's because sasuke lost a lot of his powers after he sealed kaguya. (Naruto even list his SOSP (sage of six paths) more). Sasuke only had his rinnegan, ad so, I don't think he can restore his arm using asura path technique

When Naruto and Sasuke battle after they defeat Kaguya, they end up both losing an arm. Tsunade implants a certain cell inside Naruto's missing arm's side to let it grow back. But Sasuke does not want his arm to be recovered because he wants to punish (-ish) himself for all the harm he had caused.

Since, as EIPsyKongroo said, he only received the Magatama Rinnegan when he got the Sage of Six Path chakra, and I don't think it has the ability to recover any lost/damaged cells.

Sasuke is of Uchiha blood line , if he implants hashirama's cells in his arm, he will activate a rennaigan in the right eye. He doesn't trust himself yet. So he doesn't attach a new arm like Naruto.

5
Why is there a time limit on Tobi's dematerialization technique?
8
Does Orochimaru need a host?
2
Why does Madara appear unhurt despite being covered in wounds?
2
Is there a way for Naruto to get the Rinnegan?
9
Discrepancies between Kishimoto and the Asura Path?
4
Why doesn't Sasuke use Shadow clones?
3
Can Sarada Uchiha activate the rinnegan?
12
Why does Sasuke consider Naruto to be his best friend?
3
Why did Sasuke need to activate sharingan to perform chidori?
0
Why did Naruto decide not to use the Rasenshuriken due to the harm it did to his arm, if he could create it with clones?