What factors contributed to the “golden age” of anime?

The anime boom of the 1980s is considered, by many, the beginning of the "golden age" of anime.

What factors contributed to this boom? Where did it all start? Who were the major players?

What led to the end of this boom? How did we get to the so-called "moe-boom" we have today? 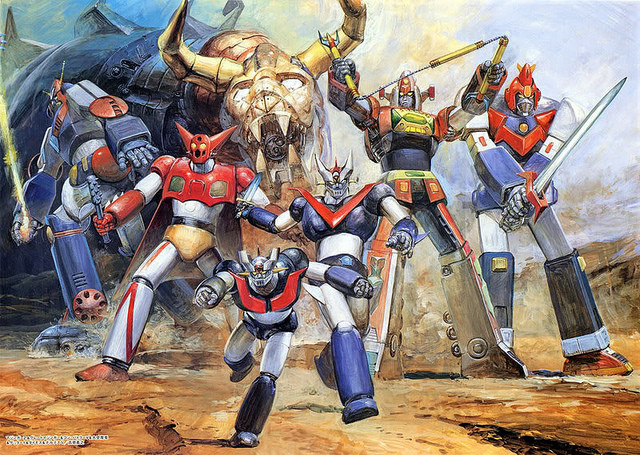 The golden age of anime began in the 1980s with Mobile Suit Gundam and Space Battleship Yamato.

Mecha animes and space operas began becoming popular after Star Wars was released in 1977. The major players were Mobile Suit Gundam and Space Battleship Yamato in the beginning. Hayao Miyazaki released Nausicaä of the Valley of the Wind, which is considered one of the most influential anime of all time, during that time. His company became Studio Ghibli.

The introduction of the martial arts genre also happened in this time with the release of Dragon Ball in 1984. The anime fandom, filled with people known as otaku, began forming at this time, concentration on magazines such as Animage, which published Nausicaä of the Valley of the Wind, and Newtype. The sports genre also began in the 1980s with the release of Captain Tsubasa.

The beginning of OVA (Origial Video Animation) also happened in the 1980s, bringing anime to the home video market; the first OVA released was Moon Base Dallos.

The fall of the 1980s anime boom had a few causes. The first is that the success of Nausicaä led to an increase in experimental and high budget anime films. Many of these were relatively unsuccessful, not making up the exorbitant amount of money spent to create them. Royal Space Force: The Wings of Honneamise had a budget of ¥800 million and Akira had a budget of $11 million (which, if that is the 1988 budget, was approximately ¥1.408 billion). Neither of these films, along with many other experimental anime films, were box office successes in Japan, though Akira did bring in fans from the West. Because of these failures, many anime production companies began closing. Studio Ghibli was one of the only successful anime production companies at the end of the 1980s with the film Kiki's Delivery Service. These failures, along with the bursting of the economic bubble and the death of Osamu Tezuka, a main player in the experimental anime field, lead to the fall of the 1980s era of anime.

Regarding the moe boom, according to this:

Another theory asserts that its usage stems from 2channel in the 1990s when the word was used to refer to female characters who were “hybrids of the Lolicon (lolita complex) and bishoujo (beautiful girls) genres,” Hotaru Tomoe from Sailor Moon being an early example of a moekko character.

In an article written by Patrick W. Galbraith of Tokyo University, Galibraith explores the origins and meanings behind the term “moe”. He states that the term originated from 2channel in the 1990s in the discussion of young, cute, and innocent girls and their burning passion for them. This term likely picked up because moeru (nominalized as moe) while meaning ‘to bud or sprout,’, is homophonous with the verb ‘to burn.’

The sexualization of underage (or underage-looking) characters in manga goes back to the late ’70s, when underground and adult manga artists such as Disappearance Diary creator Hideo Azuma began to work around censorship laws by drawing characters without pubic hair. This was the beginning of the lolicon (Lolita Complex) trend.

Not the answer you're looking for? Browse other questions tagged anime-production culture anime-history or ask your own question.

20
What happens when a seiyuu cannot continue working on a production?
19
What is the origin of chibi versions of characters?
10
Is there a superstition about good anime series having character(s) that run in the ED?
29
How do anime productions arrange for artists to do the end card illustrations?
15
If the anime came first, what is considered “canon”?
6
Can Formula One prodigies like Haruka (Sailor Uranus) drive younger than Japan's legal driving age?
1
Does “Moe Moe Kyun” mean anything?
9
Who was the first anime character to be on a body pillow?
11
When did the transition from standard definition (4:3) to widescreen (16:9) for television anime happen?
4
What is the dimension of Karuta cards?