I'm looking for an old anime which I watched when I was young, during the 90s. As far as I can remember:

A few potential options, some of these are a shot in the dark hoping some of your information is mixed up:

It could also be some flavor of Digimon, Gundam, etc.

Very few Mecha anime that weren't Gundam or Macross came out in the 90s that I'm aware of; but here is a list.

i think that you are looking for Gulliver Boy: 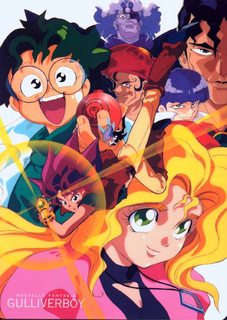 It matches your specifications.