How does the automail work?

An automail must be a masterpiece, as the user seems to be able to use it as a fully working arm/leg/... It seems however, that it's no regular artificial limb.

What's so special about an automail? How does it work? Are there any drawbacks?

@kuwaly's answer covered most of it, but here's a bit more information as well.

What's so special about an automail?

It's basically a prosthetic limb which has been optimized for fighting. Its name comes from auto- (as in "automotive") and -mail (related to armor). They were originally designed to give more freedom of motion to uses of prosthetics, but were soon fitted to combatants who had lost limbs.

There is nothing extraordinarily special about these limbs except their versatility and wide variety of uses. Additionally, this type of technology did not exist in the real world during the time Fullmetal Alchemist is set (early 1900s).

How does it work?

There are dozens of little parts to it, but it is largely composed of motors, tubing, and the external metal covering. Here's a couple images of its components (click to enlarge): 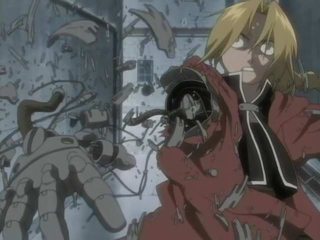 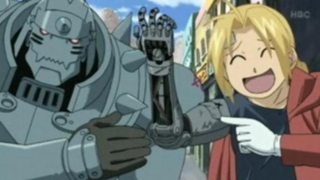 It has no internal power source; it draws its power directly from the impulses of the nervous system to run the intricate motors and other mechanics inside it (and of course, to control which ones activate when). So, when the synapses are sent, each part contracts with its motors, giving free, versatile movement.

Are there any drawbacks?

Of course—otherwise, why wouldn't people just cut off their limbs? ;)

There are two drawbacks that weren't mentioned, though. One is that it is quite painful during pressure changes; recall that when Ed went to the field with Pinako to dig in the rain (2009 anime), he was actually forced into vomiting due to the aching pain of the pressure system. The second is that the material can work against you; iron and steel can cause issues like frostbite when in cold areas, and are also quite heavy. (Some alloys alleviate this issue, though.)

To summarize it, automail is a prosthetic limb that connects directly to the nervous system and requires no external power because it uses the electrical signals from the brain as its power. They were originally created to be weapons but then became sophisticated enough to use as a prosthetic limb.

There are a few major drawbacks to automail. The first is that it is incredibly painful to install, as shown when Edward's automail is being installed. The reason for that is that it is being connected directly to the nerves, which send pain signals to the brain. The second is that they break. Edward's has shown to break. They can be transmuted by the wearer, which is an advantage because they can be changed into weapons and then back when needed, but theoretically, they could also be transmuted by an enemy who could get their hands on them.

Another drawback is that they are reliant on the person who is constructing them. As shown by the time when Winry forgot a screw, if the person who builds/installs it screws up, the automail can break or fall apart.

They can also conduct heat, being made of metal, so when it's very hot out, they will irritate the skin because they'll become hot.

Automail can also be incredibly expensive. The God's Model automail (shown below) has a price tag of 10,000,000 of whatever money they use.

I think an explanation can be that in the Fullmetal Alchemist universe, there exist materials capable of converting neuron synapses (message signals from the brain) into mechanical waves, which are received by the circuitry in the automail and respond in its accordance. The automail limbs must be made to function as a real limb and its machine parts are made to provide the same contract and relax mechanisms as the muscles in our body.

It's just like in Inception with the dream-machine. Different universes, different rules.

7
Why does connecting an automail hurt?

11
How does the equivalent exchange of alchemy work?
14
How does a Philosopher's Stone work?
21
Why can't Alphonse repair Edward's automail using alchemy?
7
Why does connecting an automail hurt?
8
Why does Edward prefer to use his automail over Alchemy?
4
How does the hierarchical rank system in Amestris armed forces work?
3
Why does Wrath want Ed's limbs?
11
If you had two automail arms, could you still use alchemy?
3
What does it take to be an alchemist, besides knowledge and technique?
3
Why can't Ed perform alchemy without his arm?