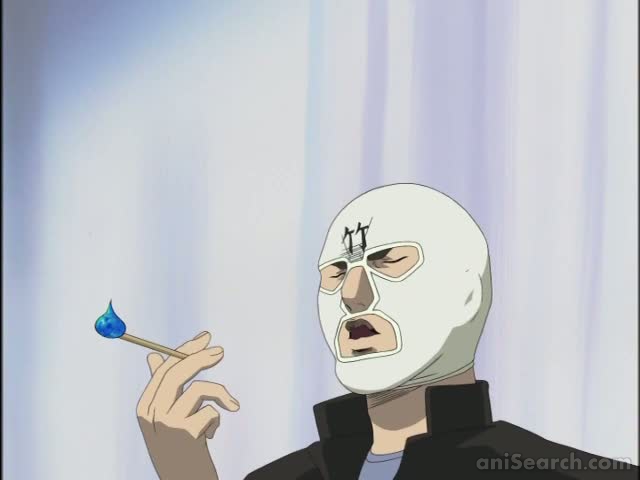 Something has been bothering me lately and I don't know how quite to put it. I know Cromartie High School is known for its absurdist, non sequitur humor but does anyone know exactly what students at Cromartie smoke? Is it jello? I must find out.

As @JonLin mentioned, this seems to be just a nod or a joke about censorship with regards to smoking. There are a lot of examples stated here as to which anime and how they censor characters who originally smoke. In addition, in Cromartie High School specifically,

...in a satirical jab at anime censorship, the anime depicts the delinquents smoking CG blobs or some other kind of absurd thing instead. Like everything else, this is played for laughs as the blobs bounce when the smoker is talking, along with other physics defying feats. Smoke rises from them instead of the ends of the 'cigarettes'. (Source)

As a side note, Gray from Fairy Tail was also not shown smoking in the anime, even though he originally does in the manga.

Not the answer you're looking for? Browse other questions tagged cromartie-high-school .

7
Why does the Fairy Tail anime have no blood?