How does binding a soul to an armor suit allow the suit to move?

We know a couple of characters whose souls are bound to armor suits, e.g. Alphonse or Barry the Chopper. It was explicitly shown that the armor suits have nothing inside - which means they are just pieces of metal with an rune that binds the soul to the armor. 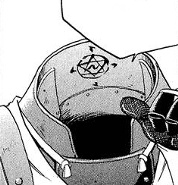 So how are they able to move at all, not to mention that they have significant physical strength and agility?

When a blood seal is made, it is connected to a being, and must remain with only that being, as well as it must be connected. That means that if Al loses his arm, he cannot move it; however, if he picks up an iron pipe, he cannot move that at free will either, as it was not bonded to him initially. (Even at one point, he transmutes part of his body and can no longer manipulate it.) 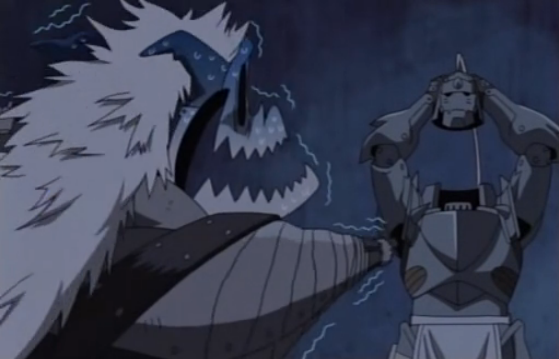 (Note: Alphonse has no eyes lit up in his helmet because the helmet is separated.)

In the Fullmetal Alchemist universe, souls are that which contain a being's personality, thoughts, and memories, which is seen later in the series:

For example: Kimblee's soul is able to connect with Pride from within; Hohenheim's many souls are spread around the land and are able to think and act with their energy; and Hohenheim was able to speak and interact with the emotions and arguments of every soul within him from the memories that soul kept.

Thus, we can connect the dots: Alphonse's soul is connected to the armor through the blood seal, and is able to act with his full set of memories; thus, Alphonse can use his memories and thoughts to move the armor at will.

The physical strength and agility comes from their ability to not be restrained by inner forces. (Imagine how much faster you could run if your body worked the same, but without bones and muscles weighing you down!) However, all the fighting skill and ability comes from things that soul has learned (both before getting that body, and after).

I think it's the soul that enables the suit to move, and thus the armor gets the soul's owner's ability and techniques. Due to the binding process they no longer feel fatigue or pain, and they also no longer feel the need to sleep or rest, which explains why Alphonse never gets tired or feels physical pain when fighting.

10
How is Alphonse Elric able to see?
13
Why do the eyes of a bounded soul glow?
17
How did Alphonse recover his pre-gate memories?

11
How does the equivalent exchange of alchemy work?
14
How does a Philosopher's Stone work?
28
How does the automail work?
13
Why do the eyes of a bounded soul glow?
20
Who is the man in the suit in the Fullmetal Alchemist series?
8
How does the state know when people transmute something into gold?
7
Why didn't Edward affix his mother's soul to the suit of armor?
8
Why does Greed in FMA (2003) want to know how to bind a soul to an armor?
6
Why did King Bradley allow the Elric brothers, Hughes, and Armstrong to continue investigating the military?
0
How did Alphonse rebound his soul to his previous body?