How long after Shisui's death did the Uchiha massacre take place?

So I've been trying to look up a coherent timeline for Naruto (and create a perpetual motion machine on breaks) and a couple I have come across place Shisui's death at two years before Itachi killed off the clan though I was under the impression that it was a much shorter period.

Is there any official media that clarifies this particular point?

Several attempts have been made to create a fully coherent Naruto Timeline. As discussed by me How much time has passed between the final fight and Sasuke Shinden (anime)?; there is an official timelines of all the visual novels. This can be found on wikia and on Reddit: A guide to the Naruto Light Novels, Naruto Gaiden, and The Blank Period

There have been a number of attempts at a coherent fanon timeline, but I haven't found anything that is perfectly accurate or universally accepted. For Example: I used to refer to this for all the events in Naruto world. Disclaimer: Please give credit to the wikia user ShounenSuki for compiling this. However, this has been inactive for a while and only covers event before the start of the Great Ninja War. It also mentions almost 2 year gap between Shisui's death and Clan Massacre.

The main reason for this is the filler anime episodes that put Itachi's age at thirteen. 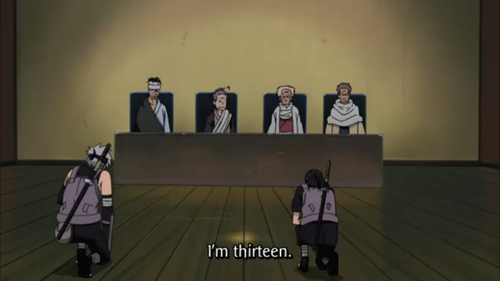 The Manga puts Itachi's age at 11 when he joined Anbu. 6 months after Itachi joined Anbu corps he killed Shisui. We also know some time passed after Shisui's death because of the following events.

Thus 12-18 months is a good estimate to consider the amount of time passed between Shisui's death and Uchiha clan massacre.

8
How did Madara Uchiha survive such a long time?
2
How long are people genin before they take the chunin exam?
7
How and when did Uchiha Madara learn Edo Tensei?
10
How did Madara know that Sasuke is the last surviving Uchiha?
3
How did Uchiha Obito summon Kurama?
6
When does The Last: Naruto the Movie take place within Naruto Shippuden anime series and Naruto manga?
3
How can Itachi use his Mangekyō Sharingan after death?
1
How did Izuna Uchiha die?