When we first see Vegeta, while he is in space headed to Earth and on the Bug Planet he looks like this 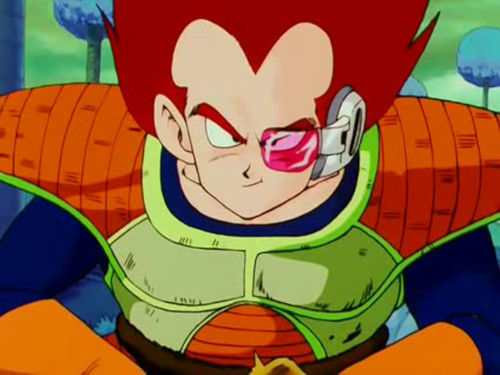 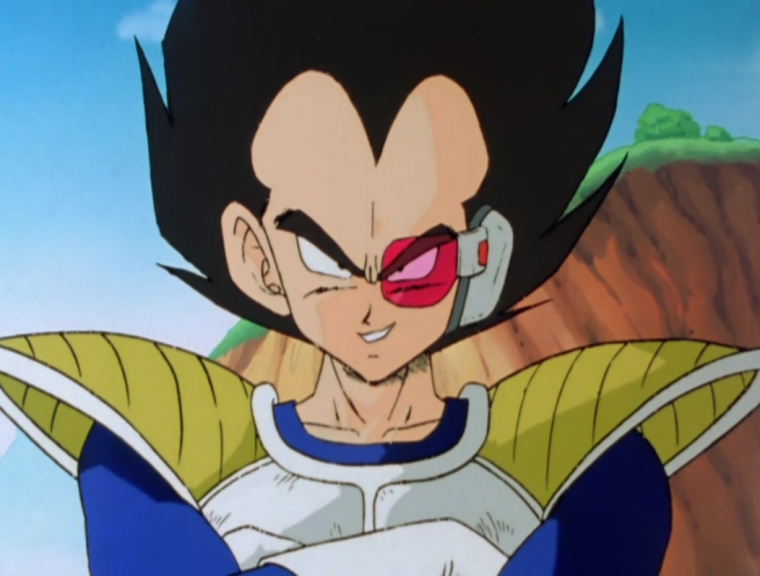 Now at first since Vegeta is initially off world i though that maybe it might have been the local suns had a different colour light to Earth's, but then that wouldn't explain why his scouter would remain the same colour.

I am wondering, is Vegeta's colour change a result of his design changing mid series? or is there a reason why everything but his scouter changes colour when he arrives on Earth?

From what I can find, there was no official explanation given for the color change. A couple of fan theories, including this one, are basically that the coloring was done before the mangaka announced the actual hair color, and that they fixed it once the color was announced. This is corroborated by the Wikia trivia for the episode, which states:

This episode marks the debut appearance of Vegeta and Nappa in the anime. They are shown in colors quite different from their later ones, especially Vegeta. This is because Toei guessed their colors, as the corresponding Manga volume was not in color. Vegeta's case is corrected in the Dragon Ball Kai version of this episode and in the Dragon Ball Full Color Manga version as well. Nappa's was not, though it is possible he owns more than one suit of Battle Armor.

In-universe, his hair didn't change color, as he stated

that a pure-blooded Saiyan's hair does not change from the day they are born, aside from Super Saiyan transformations (Wikia)

According to this video from a Dragon Ball youtuber, it was guessed from the manga as stated in the previous post, and then Toriyama saw it and told Toei that wasnt how Vegeta was supposed to look so they fixed it later

Not the answer you're looking for? Browse other questions tagged anime-production dragon-ball-z or ask your own question.

13
How was Goku able to teleport to the "Other World"?
12
What was the first anime series to use digital production?
30
How long is the longest running anime series?
3
Why did Goku have a halo when he was fighting Janemba?
10
Does making a TV anime series cost less than making a typical TV series?
1
Are all (or most) of the clips in the DBZ opening theme song from the series episodes?
7
Was this really the original American/English-language opening/intro to Sailor Moon? If so, why was it so heavily changed?
6
How was Vegeta able to be revived by the Dragon Balls? (DBK/Manga)