Why are Rin's classmates afraid of him in the first episode of Kyoto Fujouou-hen?

The first season of Blue Exorcist ended with Rin lauded by his friends. Even in the movie, they are still on good terms.

What happened between these seasons to make everyone afraid of Rin? They already knew him to be Satan's spawn... Is it shown in anime media, or only in the manga?

Direct Answer: Senshin is correct, everything after episode 16ish and the movie doesn't actually follow the manga's original story-line. Therefore this second season ignores it in order to follow the manga.

Now for some clarity on the timeline divergence:
We see numerous flashbacks in Kyoto Fujouou-hen to Blue Exorcist but only right up to the point that he's taken into custody, at that point you'll notice that while there are later flashbacks the details are different from the original series.

These details, start with things like Shiemi turning her back on Rin as he's dragged off, and then him not being encased in a blue crystal at the trial, and no earth-king attack, etc...

They did take some parts from the manga and integrate it into those last 9 episodes of the first season and you'll notice they are almost identical between the 2 seasons. Eyebrows(Izumo) is the first to approach him and tell him that offspring between demons and humans has happened before and isn't uncommon in exorcists. The candle training also proceeds in almost the exact same way in both, though obviously in different settings.

Bon/Ryuji is mad at him because he didn't tell him he was the son of Satan. The others are afraid that his fire will get out of control and burn them just like he did in season 1 when he lost control and his powers took over him. But in the end, they are still kinda in the middle, but they gained trust like when they went on that little trip. 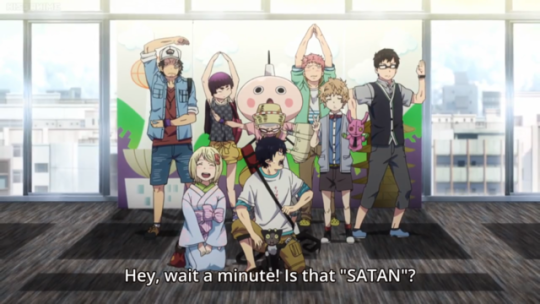 0
Why are Rin's friends still mad over the fact that he is the son of Satan in season 2?