Where in Brotherhood does this screenshot of Ed and Al as children appear?

I was wondering where I could find the episode that goes along with this screenshot. From the art style, it is definitely from Brotherhood. I have searched for a long time and couldn't find any episode that matches it. 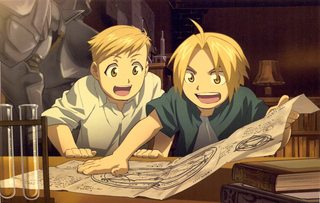 tl;dr: This is probably an original illustration, rather than a still from Brotherhood.

This illustration may have originated from an official set of postcards based on the manga and Brotherhood continuity — when I ran a reverse image search for the image and included postcard and episode in the search terms, I found an eBay page where someone is (at the time of writing) selling such a set. (It seems possible to me that the illustration may have first appeared in a magazine or an earlier artbook, and that I was simply unable to locate it.)

One of the photographs in the product description shows the same image as that of the OP, and even the aspect ratio looks identical. 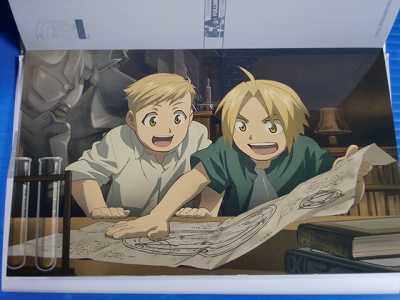 Many illustrations in the postcard set — such as those of Roy and Ed holding bunches of roses, Winry and Ed sitting back-to-back on a bed, and Ed in a state of undress — clearly do not originate from either the manga or the Brotherhood adaptation. Taking this into account along with my inability to recall a scene in Brotherhood that matches the OP's illustration, it makes sense to surmise that this is probably an original illustration, rather than a still taken from Brotherhood.

The eBay seller states that this postcard set was released on December 22, 2009. I am unfamiliar with Fullmetal Alchemist merchandise and so cannot confirm this with another source; I also do not know any details about how this postcard book was released.