What is negative red/positive blue chakra?

Ok, so when Killer B was teaching Naruto the tailed beast bomb rasengan thing he mentioned the negative red chakra and the positive blue chakra. What does that mean? I thought there was only one type of chakra..

They haven't mentioned any negative or positive chakra before have they? Then what is it?

At first I found your question really confusing, but while answering another question I figured out the answer for this one.

In the manga, Yin Release, which is a type of chakra nature, was depicted as black but red in the anime.

In the manga, Yang Release, another chakra nature, was depicted as white but blue in anime.

Also, there is not just one chakra type. 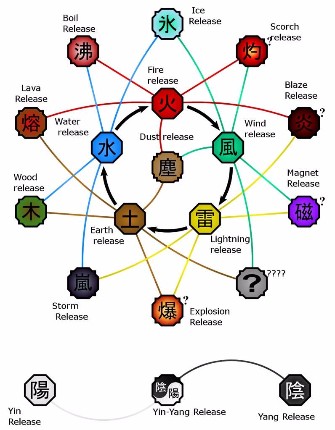 11
What does the fist bump mean in Naruto?
4
What is the primary principle of controlling Jinchuuriki?
18
Chakra nature of Tailed Beasts
4
Why did Kurama keep helping Naruto?
1
How could Naruto use rasengan in tailed best chakra mode?
3
What chakra natures does Naruto have in Boruto?
2
The colour of Naruto‘s Rasengan
4
At what point did the Kurama stop sucking Naruto's chakra?
2
Does White Zetsu even have any negative emotions?