How was the Dai-Gurren improved in episode 12?

In Gurren Lagann, Episode 12, The group take a break on the beach as the Dai-Gurren has to undergo some changes so that it can become sea-worthy. 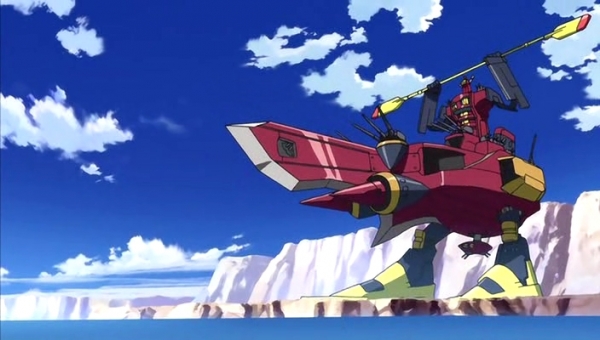 In the picture we can see that it's been given a kayak-like paddle, but the ship never seems to use it throughout the episode. Presumably it's just for fun.

What actual improvements did the ship go under that set them back?

Is the paddle actually used (perhaps in the manga)? 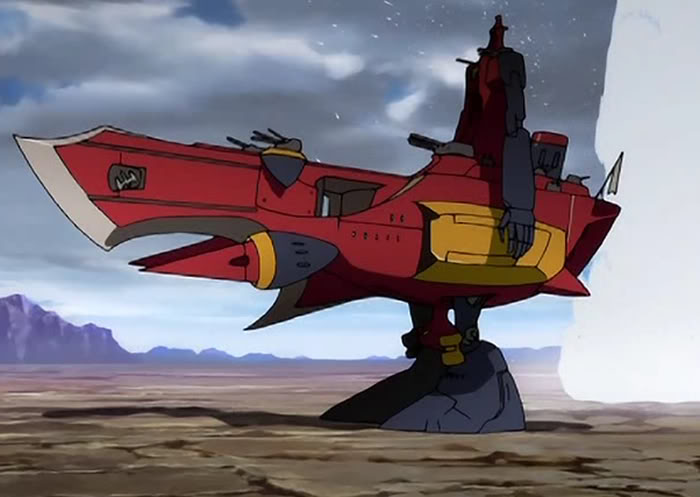 In addition to the paddle, the Dai-Gurren was equipped with flippers on its "feet" which can be seen in the original image.

When Adiane attacks with the Dai-Gunkai, Kittan tries to fight back and dives into the water, but realizes that his Gunman isn't suited for underwater combat, as the cockpit starts letting water in.

Assuming that the machines are similar, there must have been some adjustments made to the Dai-Gurren's hull to make sure that it wouldn't let in water. Perhaps it drew from the regenerative abilities of Gurren Lagann, allowing it to seal itself.