Why are there holes in the ocean?

In One Piece, there is a hole which appears in the ocean. 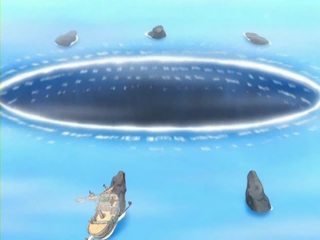 Why is this hole here? Is it known what created it? And, are there other holes like it?

The hole in the ocean from your image is from the first One Piece special.

As for the reason why it was there, this is what I could find:

She opens it only to find just a skull inside. Usopp reads the back of the skull, which engraves about a treasure that can make anyone's dream come true. It lies deep in the ocean's naval. Then a large hole begins to form near the crater they crashed into, so Usopp, Nami, and Sanji prepare themselves in a diving barrel to explore the cavity in the sea.

So far we have seen two other "holes" in the anime. The first of them being the whirlpool that is formed by the Knock Up Stream.

The second one is seen in the Maubeugemour Sea in episode 575 (this is a filler for the One Piece Film Z). 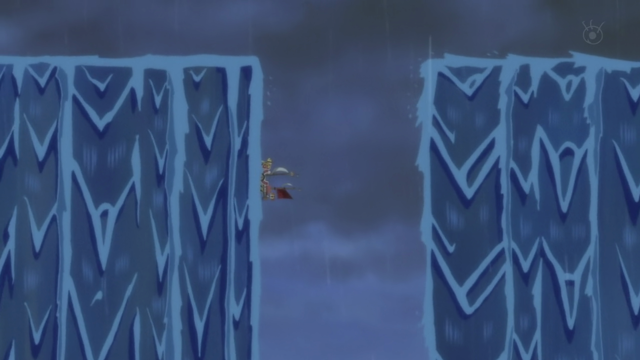 10
Are Den Den Mushis conscious?
6
How many weeks are there in a One Piece year?
4
Why can Devil Fruit users use their abilities while wet?
6
Why couldn't he simply turn into fire and repair the damage?
11
How many characters are based on real life pirates?
2
Why Kidd/Hawkins/Apoo alliance are planning to take down Shanks?
9
Are there any other Guinness world record holders?
1
What is the difference between Haki and Conquerors haki?
8
What devil fruits and their users that are able to fly?
4
What are the races in One Piece?