What's this dance that Franky and Chopper are doing?

In episode 380 of One Piece, during Brook's rendition of "Bink's Booze," Frankie and Chopper do a rather bizarre dance with what looks like chopsticks up their noses, and holding baskets out in front of them.

Is the dance just totally random, or is it something recognizable to a Japanese viewer? 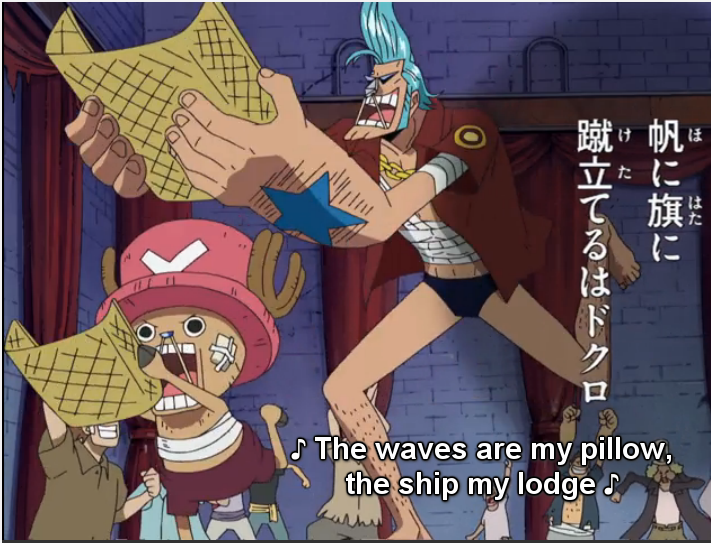 After some google search I stumbled upon this page, about Hyottoko: there it is mentioned

In some parts of north eastern Japan, Hyottoko is regarded as the god of fire. There is a well known folk story in the form of music, izumoyasugibushi (出雲安来節) where a fisherman dances with a bamboo basket, having the same visual expression as the mask of Hyottoko. During this dance, a person puts five yen coins on their nose.

More info can be found here:

In imitation of a comical gesture to catch loaches with a bamboo basket, the so-called 'dojo-sukui' loach-scooping dance accompanied by Yasukibushi song was enjoying a boom in Tokyo after Osaka early in the 20th century. This unique dance was performed at many small theaters in Asakusa, Tokyo, which is very helpful to be known throughout the country. Most Japanese know Yasukibushi even though they don't know the place name Yasugi in Shimane Prefecture. The dojo-sukui dancer with a bamboo creel on his side and bamboo basket in his hands, as shown in the picture, is funny enough to be prevailing in the country as a banquet entertainment performed by an amateur. 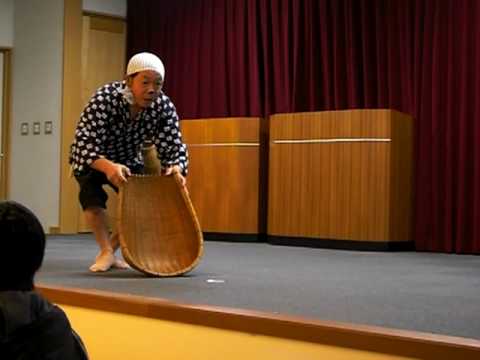 3
Are Franky & Bon Clay voiced by the same voice actor?
8
What's the meaning behind S.A.D. and Smiles?
4
What's the difference between Sky Walk and Geppo?
3
Who is this gorilla that carried Sengoku on its shoulder?
1
Do Brooke and Franky have a dream?
9
What would happen if Devil Fruit that Chopper ate were eaten by a human being?
7
Where and when does Franky say that Sanji is one of the strongest guys on the crew?
2
Are Pluton and Uranus weapons too?
8
What devil fruits and their users that are able to fly?
3
What are the objects that eat Devil Fruits?