What is written in the last scene of the Neon Genesis Evangelion opening?

The opening of this anime is full of references. I've caught all of them except this one. What is the meaning of this and in which language is it written? 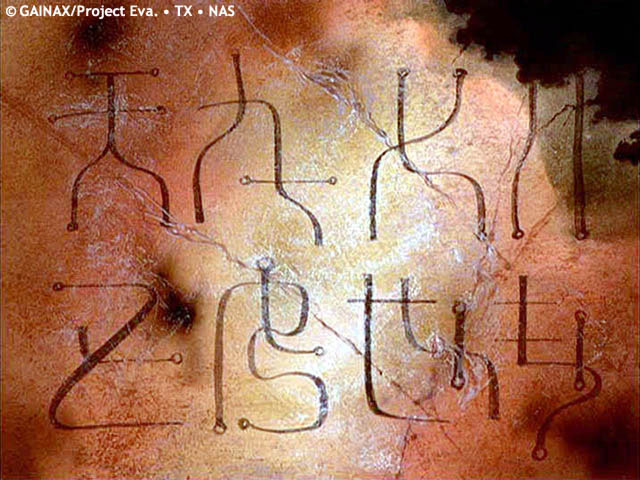 That said, the inscription looks suspiciously more like impressionistically-drawn kanji than any of the Aramaic or Hebrew I can find on Google. For example, the first two characters bear a pretty close resemblance to 天使, or "angel".

Researching this further, it seems it's written in some kind of Angelic Script. Some of the real-world examples are Celestial (previous link), Malachim (angels, or messengers), and Transitus Fluvii (or Passage Du Fleuve). Note the similarities: the shape, and dots at the end of the strokes. 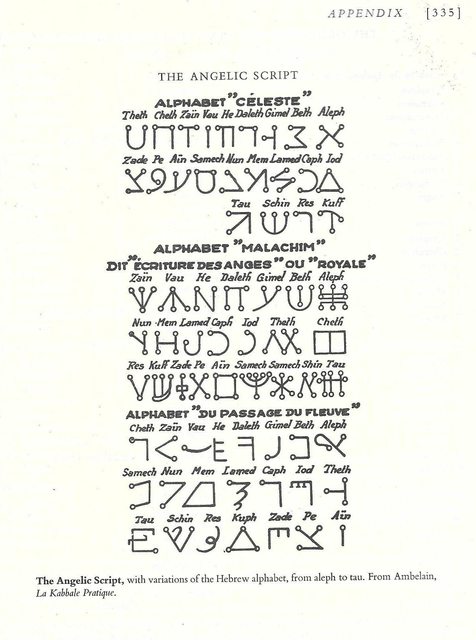