So Obito can transfer any of his body parts that are in contact with the enemy to the time-space of the Kamui and make it look like he cannot be touched.

But then in some of the fight scenes, for instance I remember when he was fighting Guy and Naruto, he was about to touch Naruto but guy kicked him from behind so he didn't solidify and let himself pass through Naruto and let Guy's kick pass through him. Well at that time, why did he even need to transport his hand too? Couldn't he just transport the part of his body that was about to be kicked by Guy and then touch Naruto?

Why did he transport his fingers using the Kamui too? It was completely unnecessary and he could have taken down Naruto if he didn't do that..

Obito/ Tobi's kamui is his mangekyo sharingan ability unlocked presumably when he saw Rin die. It is a space-time ninjutsu that allows him to transfer objects into his own pocket dimension, including parts of his own body. While Obito is transfering anything between regular space-time and his own space-time his object not being transfered is vunerable 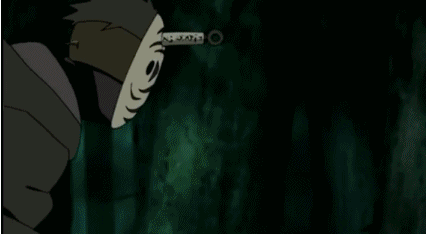 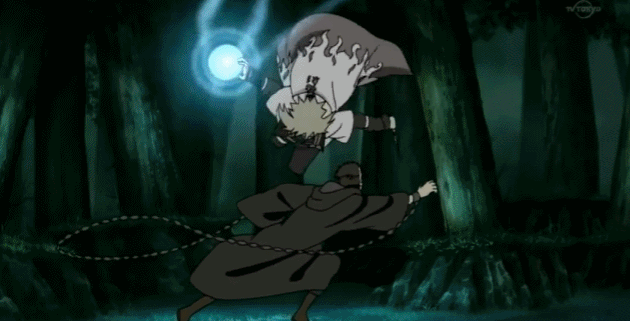 Here is the complete description on tobi

Tobi had displayed the ability to open up his top half entirely and use himself as a suit of sorts to encase someone in. Follow this link to get details.. wiki link

Kamui is an all or nothing technique. So while its reasonable to think that he could activate it for parts of his body only, he cant actually do that.

However, this eye can utilise a unique variation of teleportation akin to intangibility. When activated, any part of the user's body that overlaps with another object is seamlessly warped to Kamui's dimension, making it appear as though the user can phase through solid objects

When intangibility is active, he is completely intangible. His body is still in the real dimension until it overlaps, but absolutely any overlap will send the overlapped portion to the Kamui dimension. He can't attack or be attacked at all, and can't deactivate it while overlapped with something (or he can and it causes serious harm to him, we never see it happen). No known techniques work around this. He has never been harmed by someone in the real dimension while its active. its only weakness is that his overlapped real body sits in the Kamui dimension, and is vulnerable as normal to any attacks from the Kamui dimension, though if his head is also not there, he can't see it.

Long answer: unlike one of the other answers states, Obito does have the ability to transport just a part of himself. 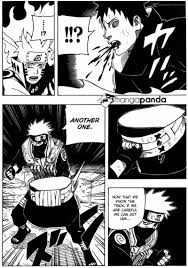 As shown above, Obito was able to transport just a part of his torso to the kamui dimension, where Kakashi was able to attack it and cause damage.

So if he was able to do this, why didn't he? As far as I can tell, we don't have an explanation. Maybe he didn't have that fine of control over it before this point. Maybe he just needed to do the transportation very quickly and he didn't have time to just transport part of him. Maybe it's a plot hole.

3
How did Tobi suck in Foo using Kamui without touching him?
5
Why didn't Tobi use Kamui when Minato used Rasengan?
4
Why did Kurama keep helping Naruto?
12
Why didn't Kakashi take care of Naruto?
2
How could Obito transport his body parts in another dimension without bleeding?
1
After Madara stole Kakashi's sharingan, was it not possible for Naruto to take Obito's left eye and give it to Kakashi?
12
Why can't Might Guy get his legs back?
0
Can Obito's ocular jutsu acces multiple dimensions?
3
Why couldn't Kakashi pass through things?