Is mentioning the word Porygon illegal?

I watched this https://m.youtube.com/watch?v=T9pHWEmQVrw and he said "porygon" I thought porygon was banned so pokemon couldn't use it becouse of the seizure incident. Yes, I know porygon are in some of the games but those are the games and not the anime.

Why did the guy say "porygon" in the episode!? I thought it was banned from the anime forever but not the games

No. It is definitely not illegal to say the word Porygon. You can also say Porygon2 and Poryzon-Z!

The debut of Porygon in the TV series episode EP038 resulted in a large population of children watching it to have epileptic seizures.

Unfortunately, the mistakes by the EP038 animators has lead to the digital Pokémon to not feature again in any episodes. It's only appearance, along with Porygon2, is in the Movie: Kyurem vs the sword of justice. But it has appeared in Manga and Games very frequently.

In fact, a third stage evolution of Porygon was added much later in generation 4: Porygon Z. 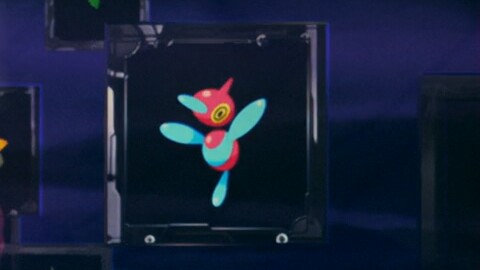 14
Was there ever a Pokemon game based off the Orange Islands?
14
Why was Pikachu chosen to be the main Pokemon of the anime?
8
Does Ash ever re-encounter his Butterfree after the Butterfree's Goodbye episode?
8
Is it necessary for the Gym Leaders of a region to know each other?
3
Does Ash walk away from the starting pokemon in the anime?
3
Does each Region only have 8 gyms in pokemon?
4
Why did Ash became a child back in Sun Moon Series?
14
Has the Master Ball failed at any point in the Pokemon anime?