What is this Doc Tear Popper MAGES is looking for?

in Hyperdimension Neptunia Re;Birth, MAGES asks the party if they know were she can find Doc Tear Popper. what exactly is it?

Doc Tear Popper is a drink and a play on the name Dr. Pepper.

the character MAGES, like other human characters in the series, represents a real world games company, in this case 株式会社MAGES. one of the known games which ties into MAGES's own appearance is Steins;Gate which in the anime had product placement featuring the drink Dr. Pepper 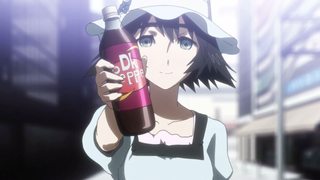 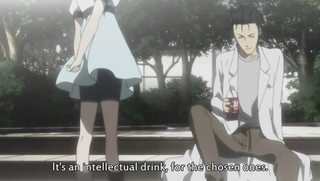 10
What was the terrible artwork on the flyer in episode 1?
1
Who is Macaroon?
19
What are the real-life origins of CPU and CPU Candidates?
2
In what order do the Hyperdimension Neptunia games go (including the animation)?
0
How exactly were the brothers tortured?
1
What is the connection between Cave being nimble and nothing being able to touch her "hitbox"?