Does the English version of Btooom! end at Chapter 88?

Does the English version of the Btooom! Manga end at Chapter 88?

No. the reason you think so is because you're looking at the Scanlation.

the reason why i suspect this is because looking at Manga Update's entry on Btooom! shows that the scanlation by S2scans & JazzWay Team stops at Chapter 88 which is Volume 18

However the same page also indicates that Btooom! has been lienced by Yen press who have only released up to Volume 16 with Volume 17 due to be released near the end of May 2017 in the US 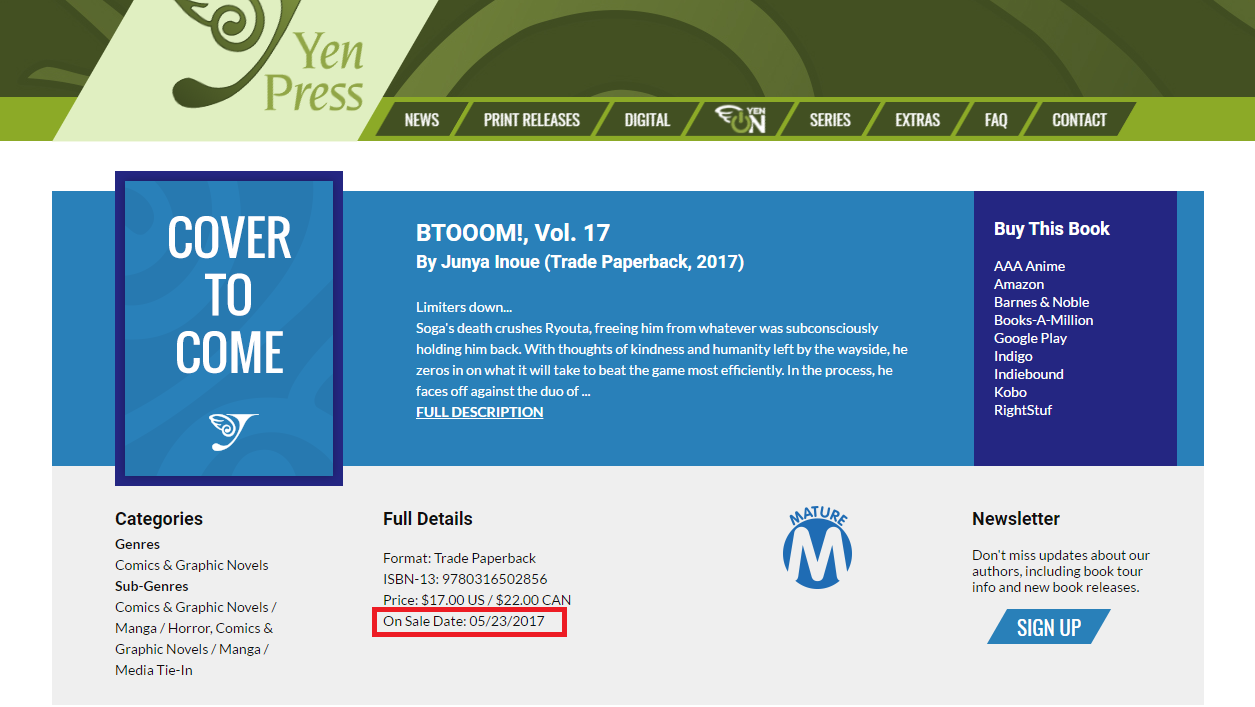 while Yen Press only lists up to Volume 18 (as of 21/03/2017) Manga Updates indicates there are 22 Volumes and is on-going, confirmed on Wikipedia with Volume 22 having been release January 7th 2017 in Japan

So to summarize, the localized and licenced version of Btooom currently (as of 21/03/2017) ends at Volume 16 which stops at Chapter 81 however release by Yen press is on-going and more volumes are expected to be released. any release after this outside Yen press currently is not an official copy.

UPDATE: as of the 17/8/2017, Wikipedia lists that the english version of Volume 19 is due November 14, 2017. this can further be confirmed on Yen Press's Website for Volume 19. also looking at the series in general on their website they have up to Volume 21, however Volume 21 doesn't have any Paperback or Eletronic links so looking at Volume 20 it's expected to be out February 20th, 2018.

As such this is more or less confirmation that the english version of Btooom! will not end at Chapter 88 as Chapter 88, as explained above, is in Volume 18

Not the answer you're looking for? Browse other questions tagged btooom or ask your own question.

5
Why didn't Masashi Miyamoto take Taira's chip after cutting his fingers?
0
Is the anime "BTOOOM!" an adaptation of a movie called "The Condemned"?
0
BTOOOM! Complete plot