How is Brook alive?

One of the Strawhat pirate crew members, Brook, is obviously a skeleton. How is it that he's still alive? Even when his shadow is returned, why doesn't he just 'move on' like his other companion? Is there any explanation?

The Yomi Yomi no Mi is a Paramecia-type Devil Fruit which enhances the user's soul to the point where they can come back to life after dying once, remaining alive until their body is sufficiently damaged, and to use several other soul-based abilities, making the user a Reviving Human (復活人間 Fukkatsu Ningen?). The name is derived from Yomigaeru (よみがえる), meaning "Resurrection", also, Yomi (黄泉) is the name of the Japanese underworld.

As for why he is a skeleton.

Brook's soul was able to return to the mortal world thanks to the powers of his Devil Fruit. Unfortunately for him, he had lost his body because of the fog in the area (it made it hard to find the ship) and had to search for it for one year. When he finally found his body, it was just a pile of bones. 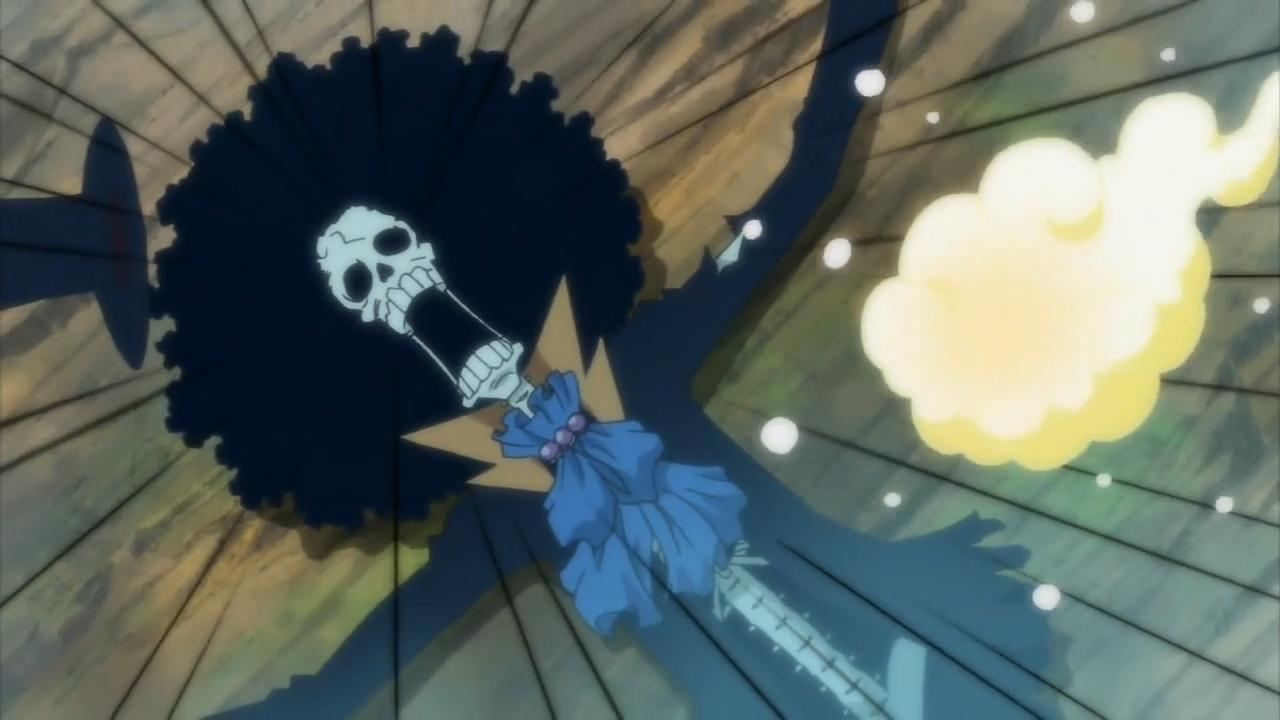 2
Sengoku as General Inspector?
8
What factor led Zoro to accept Luffy as Captain?
18
In the male quarters, how exactly does the male crew of the Thousand Sunny sleep?
6
Why couldn't he simply turn into fire and repair the damage?
3
What happened to Sanji in Zou?
5
Did Luffy know who Sogeking is?
10
What are the similarities between Gol D. Roger and Monkey D. Luffy? Are they related by blood? What are their relatives' ages?
7
Where and when Mugiwara Crew's new bounty poster taken?
4
How is it possible to run out of Haki?
1
Does Marco need to flap his wings to fly?