In Episode 2 of the anime Yuyushiki, Nonohara Yuzuko drew something in response to Hinata Yukari's drawing of a strange penguin-like creature, and wrote down "Sunagimo Umataro" (砂肝うま太郎) on the same page. After some search on the Internet, I now know that "Sunagimo" means "gizzard", which is a digestive organ in chickens and ducks that may be made into food, and "uma" is just a way of saying "delicious". It seems to me that "Sunagimo Umataro" is a name that Yuzuko came up for the creature in the drawing, but I am still not smart enough to connect all the dots and make a meaning out of this. Specifically, I am having trouble figuring out

I apologize if this is question has an obvious answer. (Maybe Yuyushiki is just too difficult for me!) 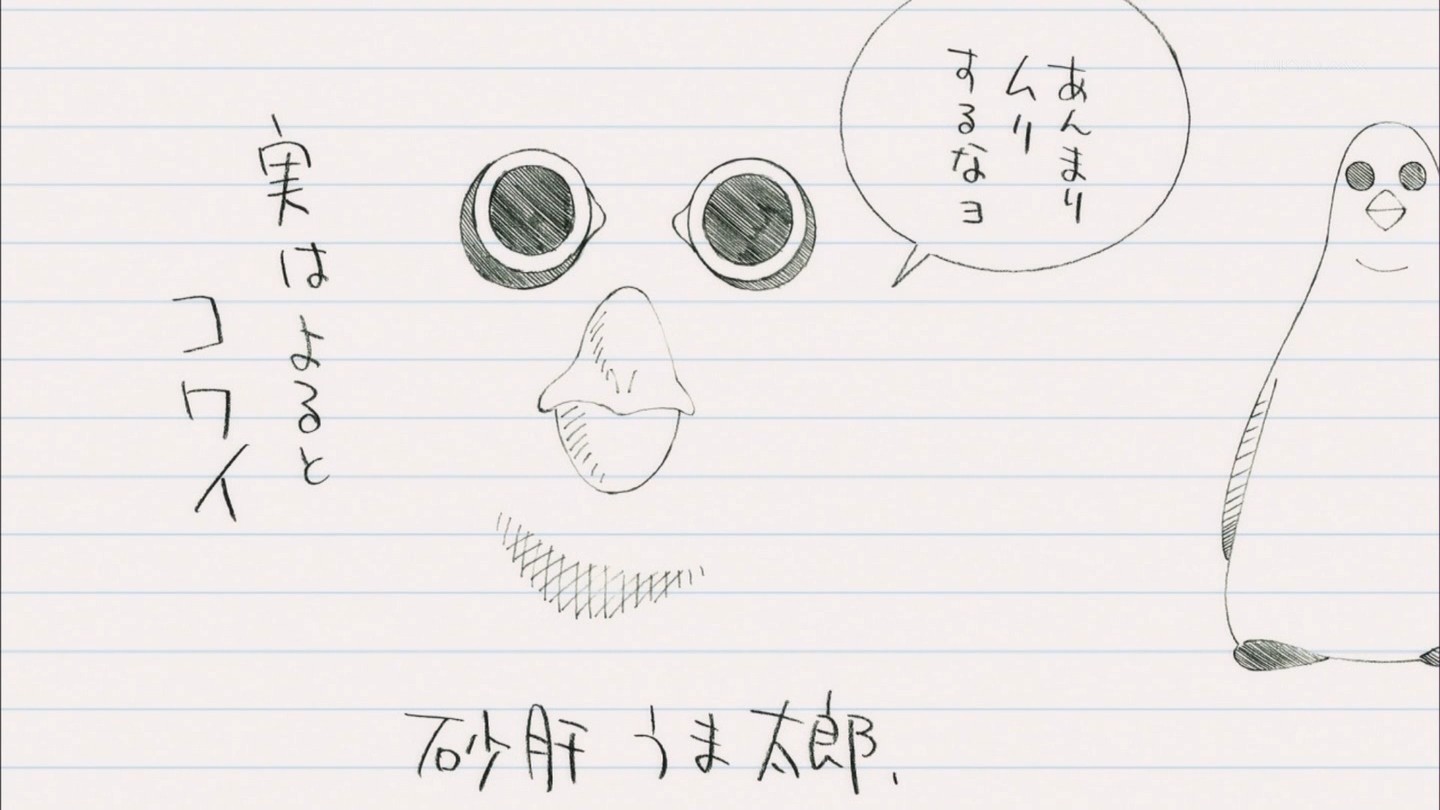 The 'items' in the drawing seem to be part of a close-up view of the strange penguin-looking thing to the right (namely the eyes and the beak).

As for its name, it was probably made up. As you noted, 砂肝{すなぎも} means "gizzard," which is an organ common to most birds (note the drawings bird-like appearance). 太郎{たろう} is a common male name suffix, and according to a search on jisho.org, there are at least two names (both of whose first kanji corresponding to 「うま」(uma) mean "horse." Leaving it in kana may also be, as you noted, a play on 「うまい」(umai).

In conclusion, the weird name was most likely crafted to reflect the decidedly weird semblance of the creature in the drawing.

Also of note, the speech bubble translates to something like "don't be so unreasonable," and the text to the left of the image translates to "[the] truth is SCARY."

Not the answer you're looking for? Browse other questions tagged japanese-language yuyushiki or ask your own question.