Why are the faces of dead people whited-out in photographs?

I've noticed that, in a number of different anime, photographs of people who have died appear with the face whited out, generally by reflections of light. Is there a tradition behind this? Is there a cultural reason for this, or is it just laziness to keep from having to animate a character who would only be drawn once? 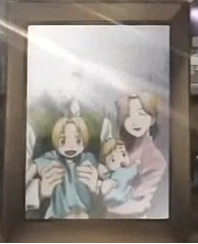 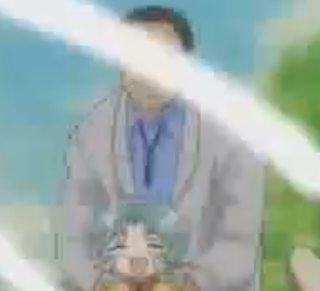 I exclude the laziness hypothesis. This is a deliberate omission of a relevant information by the narrator. This is the case of an unreliable narrator that was keeping herself a key fact for narration purposes. These lines about to Agatha Christie's novels from the cited Wikipedia article can apply to this type of trope too:

the narrator hides essential truths in the text (mainly through evasion, omission, and obfuscation) without ever overtly lying [...] even a first-person narrator might hide essential information and deliberately mislead the reader in order to preserve the surprise ending

The first image you've cited from Fullmetal Alchemist actually doesn't hide all faces. The mother, dead too, is clearly visible in the photo, only the father's face is obfuscated. So the criteria to hide a particular face is not related to the fact that a person is dead but to the role the obfuscated character has in the story.

I.e. in Bakuman the Mashiro's uncle's face is clearly visible at the funeral, because the narrator has interest to inform the reader about why Mashiro is reluctant about being mangaka and, later, to motivate him in front of the reader. In Another, on the contrary, a certain character's face at the funeral is not showed until the author discloses who is dead.

41
Why are tentacles prevalent in anime?
10
Why do people sneeze when someone talks about them?
0
Why do their eyes pop out?
3
Why in World Trigger do the characters have times when their faces get blank during dialog?
25
What are the squinting faces (>_<, >o<, >△<, etc.) called?
14
Why do people wearing a headband with two flashlights or candles when acting crazy or out of place?
7
How to tell apart Japanese and non-Japanese characters in-universe and out-of-universe?
5
Why are most isekai happening in a medieval world?
4
Is the proverb "When a man steps out of the gate, he faces seven enemies" a real one?