So, I have watched the first 3 episodes of Boruto already, and they seem interesting so far. But being a person who watched the Boruto movie first, I have a lot of questions in my mind. One of them is about Boruto's right eye. Whenever he unintentionally activated his right eye, he is able to see chakra, just like the Byakugan, except it can't see complex chakra flows. 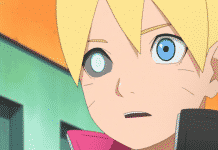 So, it looks very much like the Byakugan, except the eye turns black, and there is no veins or whatever at the side of his face. 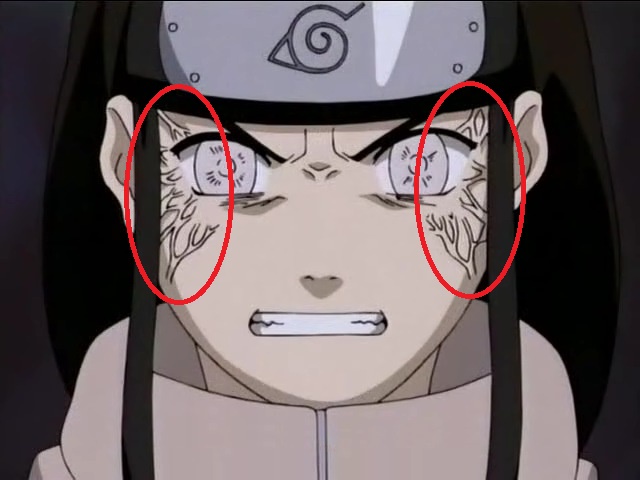 So is this really the Byakugan, if it is, what type of Byakugan is this? Is it because of Boruto's mother? In general, what kind of Kekkei Genkai is Boruto's right eye?

The nature of Boruto's eye is currently unknown.

However we can speculate. First we need to understand that both of Naruto's kids are unique in the sense Hyuga have traditionally preserved their bloodline by marrying within the branch family. Naruto is probably the first outsider who has married into the main branch.

This gets further complicated by the fact Naruto is the reincarnation of the Asura, son of the Sage of Six paths and inherited the Sage's life energy.

However, what I would put my money on is - An Unknown Third eye: Sharingan has Mangekyou capabilities. Kishimoto didn't get a chance to explore Byakugan that much because it was not the focus. The new author now has the creative license under Kishimoto to explore the limits and capabilities of Byakugan and how it can evolve.

ArcaneArcane
9,12877 gold badges3333 silver badges7373 bronze badges
|  show 1 more comment
2
Want to improve this post? Provide detailed answers to this question, including citations and an explanation of why your answer is correct. Answers without enough detail may be edited or deleted.

I know that this might seem like a crazy idea but please hear me out. If you think about it (this is only a theory) much like the mengekyo sharingan, I believe that the tenseigan has other forms. If kind of makes more sense if you think about it, but sorry if I am wrong!! But I do think that it could also be a minor version of the tenseigan or like most people say, a cross between a byakugan and a tenseigan.

We now have the information regarding Boruto's right eye. It is called the Jōgan which translates to Pure Eye.

As per the anime's wiki page (emphasis mine)

The Jōgan is a unique dōjutsu that is known to the Ōtsutsuki Clan, whose members claim it's troublesome and that it's a power strongly inherited from their clan.

Now, coming to the actual questions posted by OP.

Borutos eye is the jougan its a mix of Hogoromo and Haruma chakra so it has a effect greater then the sharingan and the byakugan. The Jougan can see evil chakra and good chakra. It powers up the person speed, streath, reflexs, and etc

4
What is the lightning coming out from Boruto's eye at the end of 13th episode of Boruto?

13
Are eye techniques in Naruto based on anything real?
7
Where/whom did Madara donate his right eye?
2
Nagato's Eye in Edo tensei Mode
3
How did Naruto restore Kakashi's left eye?
7
How does Naruto's right arm work?
1
Did Danzo use Shisui's eye?
4
What is the lightning coming out from Boruto's eye at the end of 13th episode of Boruto?
4
What are symbols on Boruto right hand?