When and How did Luffy get the Scar under his eye?

Luffy has a pretty prominent scar under his Eye.

Its been a long time since I started watching One Piece, and I seem to recall that he stabbed himself to have Shanks take him onboard as a pirate. Recently, though I started rewatching the series (Oh... The nostalgia!!) but there was no such scene in the flashback.

When and how did he get the scar under his eye?

He did get it the way you described. In Chapter One of the Manga he stab himself with a dagger in the eye to prove himself. 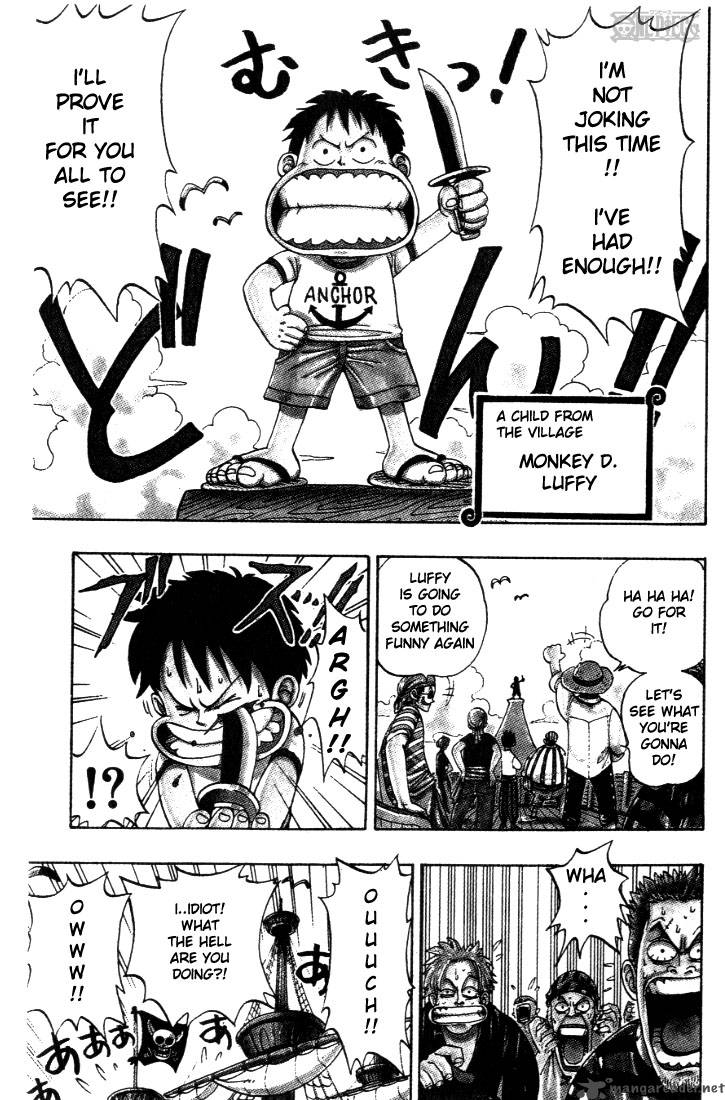 It's the same story in the anime. Although as noted in the comments from Bálint its missing from every anime series except in the TV special titled "Episode of Luffy"

4
How did Sanji get his Diable Jambe ability?
3
Are Logia types overpowered?
0
When did Luffy meet his father again in person?
14
When did Luffy say: "Forgetting is like a wound.The wound may heal, but it has already left a scar."?
10
What are the similarities between Gol D. Roger and Monkey D. Luffy? Are they related by blood? What are their relatives' ages?
5
How did Luffy get the scar on his chest?
5
How did Luffy beat Katakuri?
5
How did Trafalgar Law get to and leave Marineford?
5
Why are there two different versions of how Luffy ate the Gum-Gum fruit?