Who are these soldiers from Rider's Ionioi Hetairoi?

In Fate/Zero, there are some soldiers from Rider's Ionioi Hetairoi that look somewhat important. All of them are heroes so they probably a named hero as well. Who are they? Do they have any name? 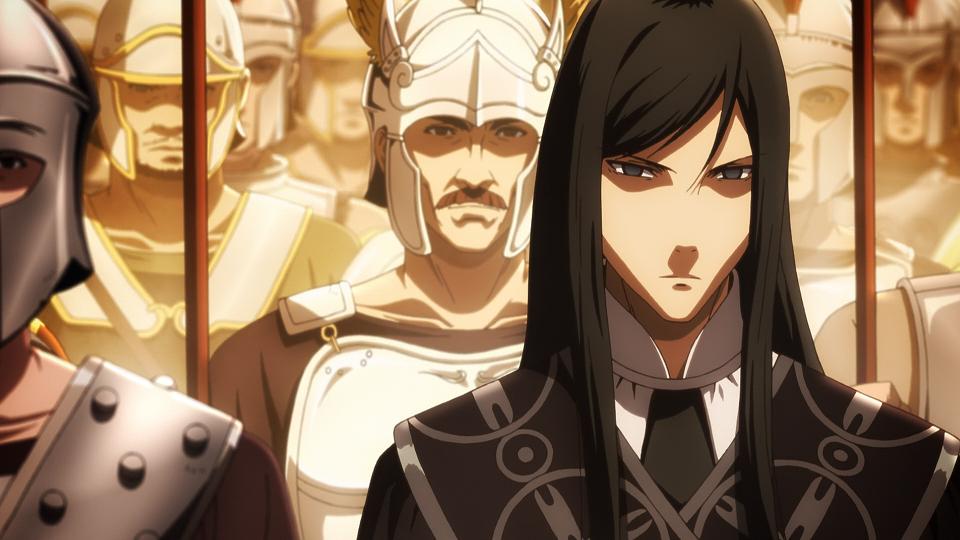 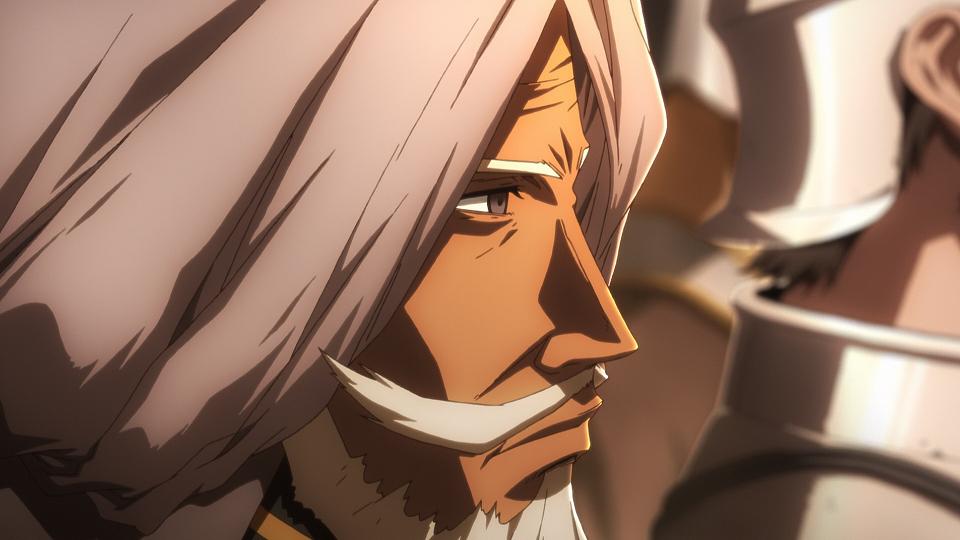 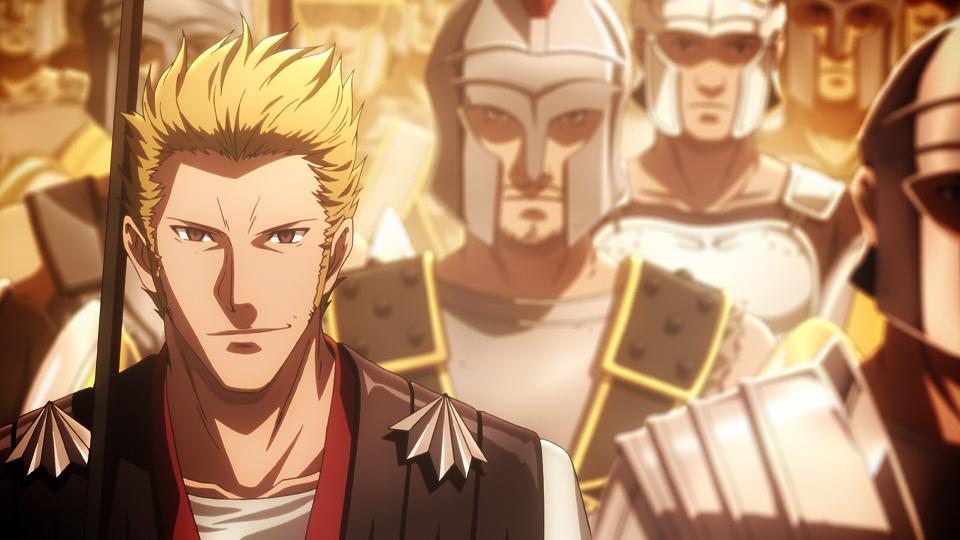 In short, we don't know who they are, although there is some evidence on who the black-haired adjutant might be.

Ionioi Hetairoi means "The Companions of Ionia", so I would expect some, if not all, of these important-looking soldiers to be Alexander's bodyguards, which

consisted of seven men, drawn from the Macedonian nobility, who also acted as high-ranking military officers, holding command positions such as general or chiliarch. 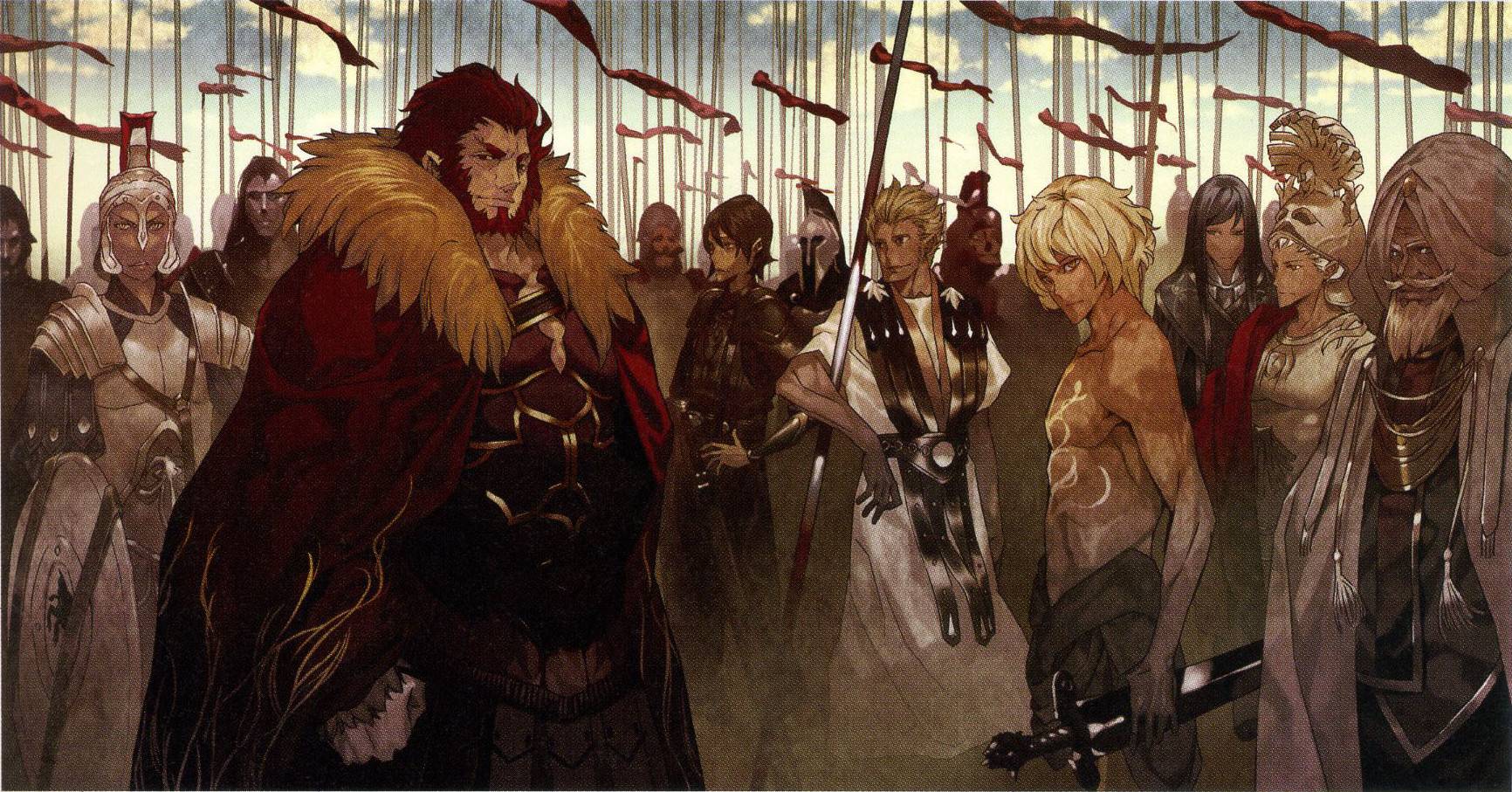 But here's the problem: none of Alexander the Great's bodyguards were much older than his master, so who is that old man wearing a turban? Furthermore, six of these outstanding men are easily recognized as having appeared in the Fate/Zero anime, so if the seventh one, the guy in the middle wearing a black armor, has also appeared in the anime, he is most likely Mithrenes, who is not a Somatophylax. So it seems futile to try to match them to the Somatophylakes.

Immediately after the airing of episode 11 of Fate/Zero, someone, possibly from 2chan, posted this fan-annotated image that names these important-looking people:

From left to right, top to bottom: Eumenes, Parmenion, Hephaestion and Ptolemy.

It's actually quite an educated guess. Eumenes was known for his loyalty to his master and his role as the private secretary of Alexander. In this sense, it can be said that Eumenes and Waver are quite similar.

Parmenion was an experienced general who killed to ensure Alexander's succession to the throne was a smooth one. Being Alexander's second in command and also 40-50 years older than him puts Parmenion as the number one candidate to the identity of the man in turban.

Hephaestion's and Ptolemy's names are on there probably just because they are more well-known.

I can't provide a faithful translation, but she's basically saying she hates to see that perverse, arrogant and miserly face of Lord El-Melloi II even though she has seen enough of them already from Eumenes.

Also, in Fate/Grand Order, if you have both Zhuge Liang (Lord El-Melloi II) and Iskander as your Servants, then talking to a Bond Lvl 5 Iskander in My Room will trigger Dialogue 4:

Hm? You have a strategist with a stern countenance. I’d like to see him compete with with Eumenes- Ah, he’s still an immature youth on the inside. How amusing it would be if he met Hephaestion!

These two derivative works seem to corroborate the fact that Eumenes gives off the same vibe or even the same look as an adult Waver, and we have one such person in Ionioi Hetairoi!

We don't know, and for all we know, Eumenes might just be one possible future of Waver. After all, time warping is not an alien concept in the Fate universe.

It's regrettable to say that we aren't able to identify the subjects in question with confidence. But if nicknames satisfy you, these are what they're called in Sensha Otoko: 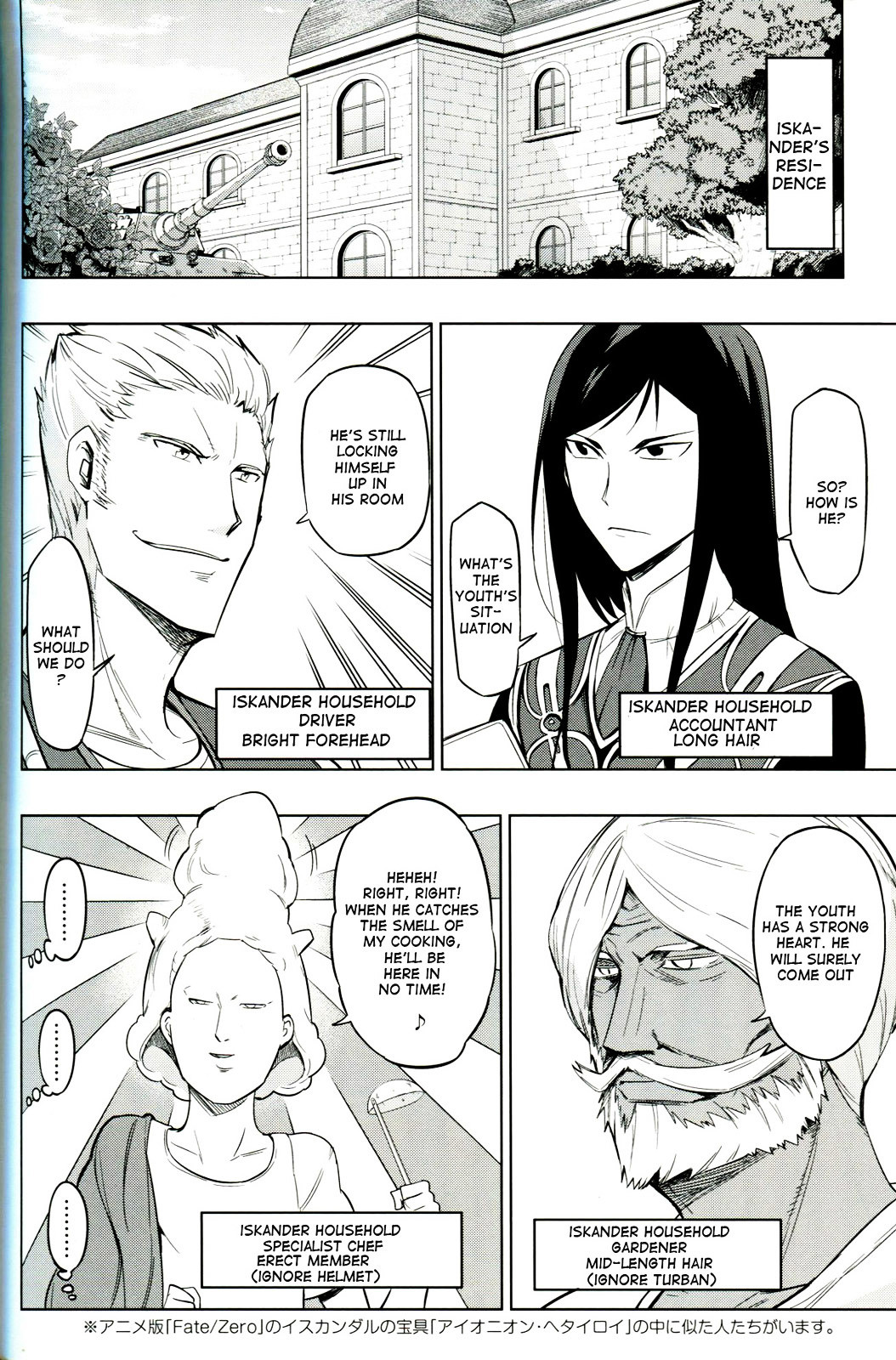 I would argue that the old man with a turban is actually the Indian king Poros, not Parmenion. For three reasons:

1) The obvious Indian appearance of the character 2) Parmenion was executed by Alexander, because his son Philotas plotted against him. 3) Poros was also an old man, and swore loyalty to Alexander after the battle of the Hydaspes. He served him and remained loyal to him until Alexander's death in 323.

At the battle of the Hydaspes, Alexander was impressed by Poros' courage and determination (he fought personally in the battle despite his old age), so he spared him and his kingdom, and took him as a subject. His presence in Ionioi Hetairoi would be logical.

As for the others, Eumenes is indeed an educated guess for the Waver lookalike, but it's basically impossible to determine the identity of the others.

Not the answer you're looking for? Browse other questions tagged fate-zero fate-series or ask your own question.

5
How did Waver appear in Iskandar's reality marble?

10
How do the storylines of the Fate series connect?
7
Are all of the Holy Grail War servants based on real heroes?
14
Why is King Arthur female? Why is Iskander tall?
1
Who are the "black" and "white" characters?
3
Who are the three Homunculi that are with Irisviel and Saber?
10
Were the Heroic Spirits that powerful in their lives?
5
How did Waver appear in Iskandar's reality marble?
9
Is there a single member of the Einzbern family who is a human being?
1
Where there any other Master who didn't know their Servant's identity from the start?
2
Does "The Garden of Sinners" share the same world with "Fate" series?