Is there any physical difference between Gohan in base form and Gohan in mystic form? 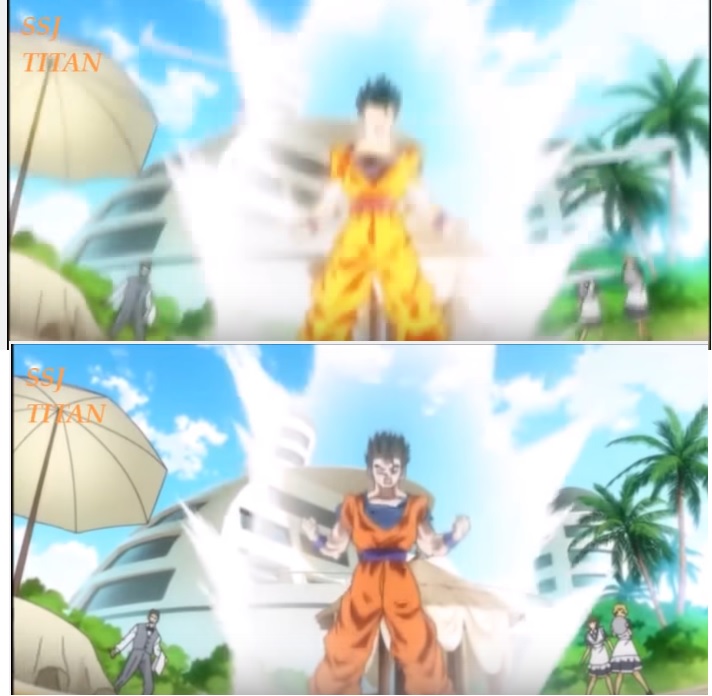 This is what Goku says in the manga after Gohan powers up with his new found powers (Tankōbon Volume 41, chapter 496):

Son Goku: “It re-really is incredible… It’s super-duper…! Absolutely unbelievable… Your appearance has hardly changed… And you ain’t even a Super Saiyan… Yet you’ve been taken to su-such an extreme…”

It should also be noted that in episode 88 it is somewhat implied by Piccolo that Gohan has not been using the power Old Kaiōshin unlocked (at least only in the Dragon Ball Super anime) ever since after his fight with Super Buu.

NOTE: By radiance I am assuming you mean the white aura surrounding him. That is actually pretty common (at least for most of the Saiyans, humans and Namekians) when someone powers up in his/her base.