Will the Androids in Universe 7 be disqualified?

Hey I was wondering if Androids 17 & 18 will get Universe 7 disqualified because they are not only modified humans but weapons all together. Since Frost was a modified being, he almost got disqualified in the Universe 6 Tournament Arc. 17 & 18 are made to be weapons! They could be erased, killed or replaced. Thoughts?

First your question is wrong as it should be C17, C18 and not C19. The comments answer your question well, but still I will answer. According to Dragon Ball wiki:

Androids (人造人間, Jinzōningen; lit. "Artificial Human") are robotic/cyborg humans, most of which were created by the evil scientist Dr. Gero. Most of the androids are said to have unlimited energy and eternal life .

To be more specific, both 17 and 18 were human-based cyborgs, not purely artificial constructs like 16 and 19 were. In the original Japanese version of the manga and anime, they are referred to as "jinzou-ningen", or "artificial person", which is a catch-all term for cyborgs and androids alike. In English dub it got lost and all 4 got named as Androids. So Androids in DBZ are actually better characterized as cyborgs, which are human beings enhanced with bio organic components to increase their strength and such. So technically, They are still human, just mechanically enhanced with bio organic components, so technically not weapons, thus giving them the ability to have children. I believe their alternative name in the manga is "C 17/18" meaning "Cyborg 17/18." 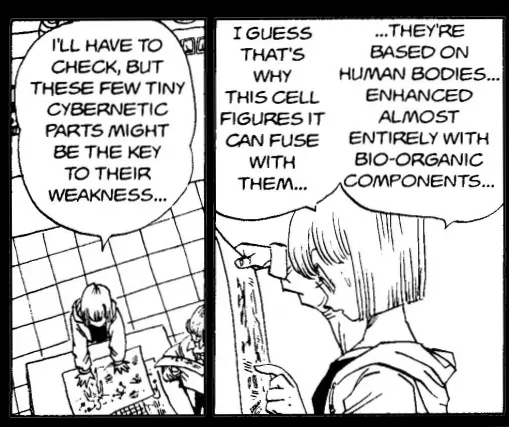 As we know Android 18 has a baby with Kuririn which proves she is partial human (humanoid).

Another interesting fact is that Android 17 also has a family of his own and has one kid and two adopted kids.

Interviewer: Where’d Artificial Human No. 17 go after the Cell arc, and what did he do?

Akira Toriyama: He works in the wildlife preserve area of a gigantic royal nature park, as an outstanding guard who doesn’t hold back against poachers. It’s an ideal job for No. 17, who loves to be on his own and isn’t big on cooperating with others; since he’s so good at his job, he takes in a high salary. He’s married to a zoologist; they have one child and two adopted children, and live happily in an isolated house inside the nature park.

He went and met No. 18 and Kuririn one time, but didn’t talk about what he’d been up to, maybe because he considers such a wholesome lifestyle embarrassing.

Coming to the Frost scenario. Frost was disqualified because he used a weapon (poisonous nail) which wasn't part of his body.

For Androids, it's just their natural body.

By the way Androids usually count as beings in DBZ.

Also, Mosco The God of Destruction of Universe 3 looks like a robot or android. 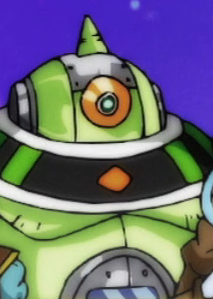 Watch the episode on 28/5/17. Everything must be clear now as Universe 3 are getting robots to enter the Tournament Of Power.

Mortals: All beings who don't have a godly status (divine) are mortals. Furthermore there are 2 type of divine beings:

This is from Dragon Ball wika:

The Gods of Destruction (破壊神, Hakaishin; Literal meaning "Destruction God"), also known as Destroyers, are beings who destroy planets, as opposed to the Supreme Kais, the Gods of Creation, who create and fill planets with life, in order to maintain the balance of the universe. Along with the Kais, they rule and oversee the formerly eighteen, currently twelve universes, with each universe having its own destroyer. Unlike the Angels and the Supreme Kais, whom they work alongside and with, and who are all are both and each members of their own species, both being naturally divine, the Gods of Destruction vary widely in species, with none sharing theirs, except for Beerus and Champa, who are twins, and are mortal-turned-divine individuals from naturally mortal species.

3
Which universe is Future Trunks from?
3
Does Dragonball super have only 1 underworld? Or one per universe?
1
Can there be saiyans in other universes differents to universe 6 and universe 7?
4
Will the destruction of future Universe 7 affect other timelines in 20 years?
3
Do universe 6 saiyans transform more easily than universe 7 saiyans?
6
Where are the remaining Angels?
3
Why do only some of the Kaioshins & Gods of Destruction get erased with their universe?