What has been added and/or changed in the 2 Gurren Lagann movies compared to TV series?

From what I heard, the 2 Gurren Lagann movies are shortened version of the TV series. Is there anything new added or modified in the movies, or are they just summaries of the TV series? If there are any additions or modifications, would you please list them out?

I am aware that the content is compressed, so it is expected that many scenes from the TV series will be shortened to squeeze 675 minutes' worth of content into 120 (Gurren-hen) + 130 (Lagann-hen) = 250 minutes of the 2 movies. I am only interested in the new scenes and modifications to existing plot. An exclusion caused by modification to existing plot also counts.

The first movie (Gurren-hen or Childhood's End) is basically a recap of the first half of the tv series, similarly the second movie (Lagann-hen or The Lights in the Sky Are Stars) covers the second half.

The only changes in plot were that 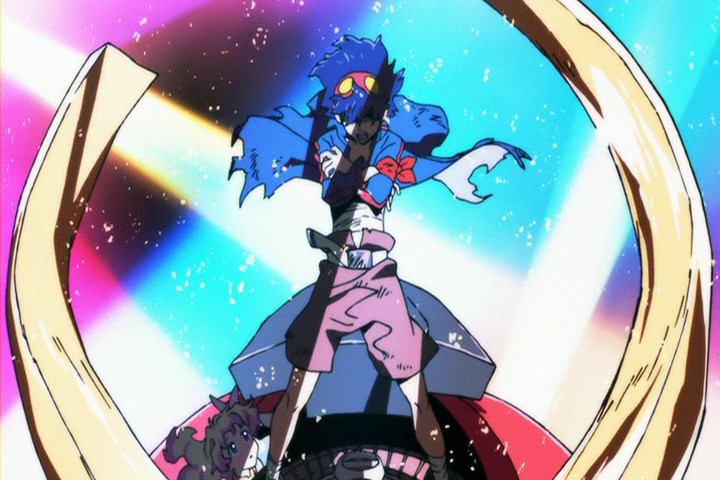