The spirits that work for Yubaba in the bath house seem to be to varying degrees, froglike. Some seem to be fully frogish, like Aogaeru. 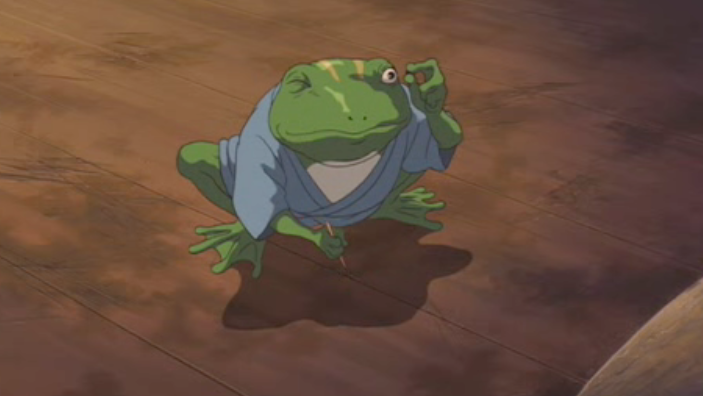 While others are mostly human like Lin, and still others seem to be mixes of human and frog. When Lin is told that she and Sen will be working on the big tub, Lin replies "that's Frog work". 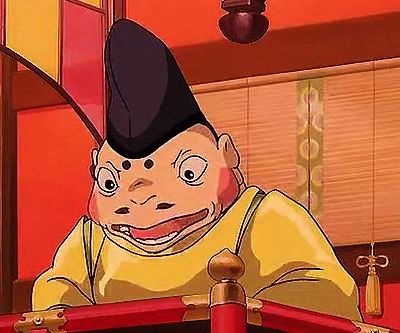 Is there any reason given in Spirited Away or Japanese mythology that explains the frog-like spirits?

I don't think, that there is a reason given, but considering how much the bathhouse workers, which are spirits of various animals, despise humans, it is pretty obvious, why they don't want to look too much like humans.

Since you were asking about Japanese mythology, the only folklore tale, which I could think of and find, which had men change into frogs and women change into slugs, is The Tale of the Gallant Jiraiya. It is a pretty popular tale, which is also used as a source for other manga/anime(i.e. Naruto). But I don't know, if Miyazaki really used this tale as an inspiration for the workers in the bathhouse.

5
Why does Yubaba offer a job to Chihiro, rather than just turning her into piglet?