Is blood necessary to perform the summoning jutsu? [duplicate]

I always thought that blood is necessary to perform the summoning jutsu. However, I saw the second Mizukage and Madara performing it while being Edo Tensei, so is it really possible?

... and seemingly did not require a blood offering when performing this technique.

Why do you need blood?

Well this answer states that:

the blood serves as a means of identifying the summoner for the summoned and also acts as a price (sacrifice) for calling them.

So you need a "sacrifice" (in this case blood) to summon.

But, according to the Wikia, Nagato can summon without this sacrifice:

While most summoners have only been shown capable of summoning one type of creature, Nagato (through the Animal Path) was able to summon several different animals and even people, and seemingly did not require a blood offering when performing this technique.

I suppose since the Animal Path was a dead person, then it didn't need blood. Same goes for the Second Mizukage and Madara.

Any damage they receive will regenerate in time and, assuming the damage is not too debilitating, they can continue attacking even before their body recovers. 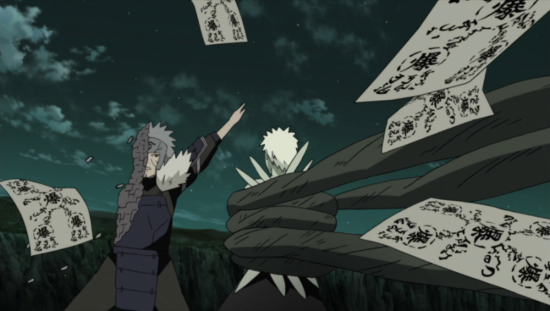 9
Why is blood needed to sign a summoning contract and to use the summoning jutsu?

15
How can Madara still stick around even after the Edo Tensei had been ended?
14
How could Madara free himself from the Impure World Resurrection technique, while Tobirama can't?
5
Can a reanimated Rinnegan user use the Outer Path to revive someone?
4
How did the Edo Tensei reanimated Second Mizukage summon the Giant Clam?
5
Does the Edo Tensei caster need to know all the hand seals to use the reanimated person?
5
Why couldn't Hashirama break through Edo Tensei like Madara did?
3
Does Obito master the Summoning Jutsu?
9
Why is blood needed to sign a summoning contract and to use the summoning jutsu?
6
What is the logic behind Madara's plan A for his revival?
2
Why does Nagato have Rinnegan when he was awakened using the reanimation jutsu?