How were there 80,000 ninjas in the Shinobi World War in Naruto?

I have been watching Naruto anime for a few months and just started to watch Shinobi World War arc. I was shocked to see 80,000 ninjas assembled. Where did they come from? If we take into account that 5 countries and samurais make 6 countries total, each country would contribute around 12,000 ninjas. But only around 100 ninjas were seen in Konoha in the previous episodes. How did this number come from? Were they living in other villages under the orders of their respective Kage? 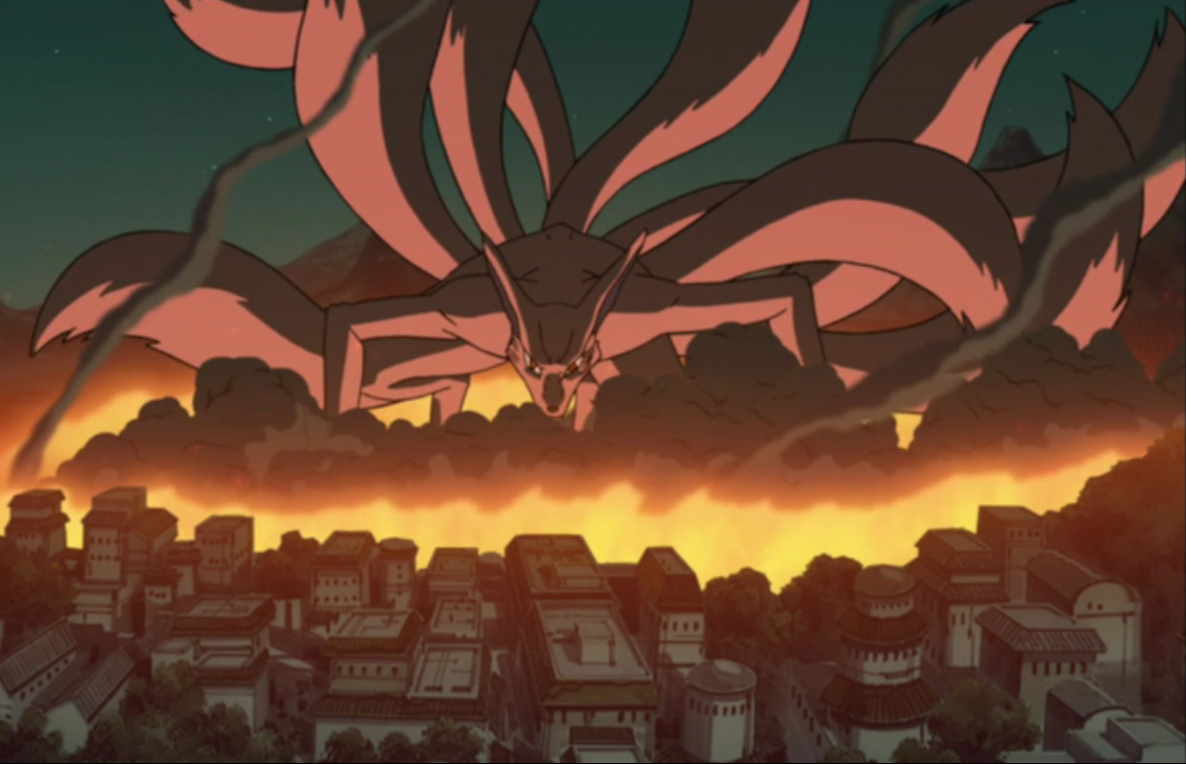 As you can see, the village is quite large. I can estimate a population of over 100,000 easily. Since many of them are shinobi, I don't think it's exaggerated to think that there are at least 12,000 shinobi there (probably more).

So that's where all of them came from. Don't forget that we are focusing on only one (two) set of academy students as they progress, in reality there are new (and old) classes every year that graduate, get their own Jonin sensei, and take on missions etc. Those unimportant characters are often seen as what I like to call "shuriken throwers" (they only know how to throw shuriken, nothing else). You usually see them die when a strong opponent arrives.

The number of the shinobi is too damn high. If you look at the ninja registration numbers in the databook you can see that since Konoha's founding there were some 13,000 shinobi total who graduated the academy- Naruto was no. 12607. That's 13,000 over more than 60 years. And if you figure in old age and battle casualties of four world wars and constant minor conflicts there's no way Konoha could have anywhere near 12,000 shinobi. I doubt Konoha should have even 2,000. The only rational explanation is that there are a number of shinobi villages in the fire country other than Konoha we have never heard about and that they make up the rest of their forces.

The Databook shows ninja registration numbers, Jiraiya's number is in the 2300 range while Naruto's is actually 102k range as shown in episode 2 just after his picture is taken and he is told to retake it. It's not 12K range as shown in the databook. Considering there is roughly 38 years difference in age that means 100000 other ninja joined the roles of Konoha, roughly 2500/yr. So it's not hard to imagine Konoha putting up a large number of ninja for the fight. Remember, their true strength of numbers is spread across the Land of Fire. That was one reason the attack on Konoha by Orochimaru was difficult to counter.

Also, its interesting that people think the Academy is the only way ninja join a village. Whole clans join villages for various reasons, and a village would not require each of them attend the Academy, they would likely be given tests to prove their skill and then placed in the hierarchy accordingly.

For anyone questioning the number of combatants I suggest looking at the numbers of forces Japan and China used from the 13th century onward in struggles with one another.

In 1592, and again in 1597, Toyotomi Hideyoshi decided to invade China (唐入り) through Korea and mobilized an army of 160,000 peasants and samurai.(Source)

The numbers are staggering, but consider this... The Cowboys NFL team averages 80K attendance for a single game. So getting the number together isn't impossible.

I think a good theory is that not all Ninja come from that one village in each Nation? What dumb leader would recruit from a single village, however large? I see the Hidden Villages as the center of Ninja administration and leadership, and the place where a larger portion of active-duty Ninja are stationed. Certainly there are Ninja recruited and Trained in other regions of the nation. Other Clans, and academies? Just, as I said, the Hidden Village acts as the central hub. In this case, it is quite easy to imagine 12-20K Ninja a piece.

What about the small classes? 9 Students a class? Well, I imagine several answers to this. Firstly, let's ask how Naruto, the dunce who failed three times, is the same age and graduating class as Sasuke? My Thoughts? The graduating classes happen more then once a year. Likely several times a year. If there is one every two months (assuming Naruto merely has to retake the final semester or quarter after failing. It's the only idea that explains him being in the same class as people his age, despite failing 3 times), is would be 54 graduates a year. That is assuming Iruka's is the only class set. If there are 4 separate "graduating class'", and each one goes every two months, that is over 200 new Genin a year. That is much closer to replacement and growth numbers. And that is for one City.

And who is to say that is the only way to become a Genin? Perhaps there are some clan based methods? Or perhaps you can take a sort of Ninja-GED, if your old enough, skilled enough, and capable of competing on a Genin/Chunin level? Remember, Naruto is told he can be a Chunin merely by asking. Someone who didn't attend the academy, but can fight on a Jonin level, could perhaps be admitted as such without going through the Academy. The Academy / Genin system may be more of a Youth program to foster stronger members. It may not be the primary source of Ninja (although, considering that each Academy member outshines the pathetic "Shuriken-Throwers", it may be the source of the better quality ones. After all, training from Youth usually has that effect). Think about how most Military men didn't go to a Military Academy. But those who did tend to become Officers.

Also, to the person who lists the 5-point rankings, it may not be that each star represents an absolute amount (I.E 1 Star is a fifth of 5 Star). So, as an example, there may only be a 20 or 30K Population different (population, not Ninja Count) between 1 Star and 5 Star. So the Smallest City may still be 80K while Konoha is (I presume) around 100K. I question the size of the Land of Iron. It seems to be a small location, and how many Samurai do you see on the 4th War battlefield. It seems it's feared for it's skill, quality, and fortress.

But yes. That's my idea. Ninja are recruited and trained throughout the Nation, with the Hidden Village being the Central Hub of Ninja Leadership and Administration. As well as the City of Residence for the Most powerful Shinobi Clans.

1
If there are thousands of ninjas in Konoha, why was Tsunade always short of ninjas for the missions in the anime?