Fact 1: Any wound on a Life Fiber-infused human will automatically regenerate even if it is opened by a single blade of the Sword Scissors.

Example: Harime Nui's torso is pierced by the blade of the Sword Scissors that is owned by Ryuuko. The wound healed off as soon as the blade is pulled out. There are many scenes like that throughout the series. 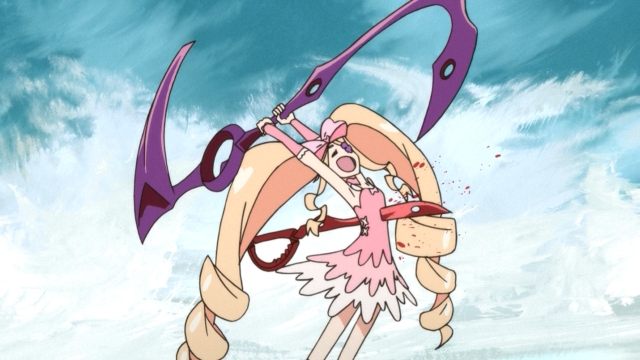 Fact 2: A wound on a Life Fiber-infused human will be prevented from regenerating only if it is cut by the two blades of the Sword Scissors, Bakuzan or an equivalent weapon at the same time.

Proof: The dialog at the beginning of episode 23.

Inumuta Houka: I figured out why Harime Nui's arms couldn't regenerate. The Sword Scissors and Bakuzan are able to cut Life Fibers. But for the case of strong Life Fibers, it immediately starts to regenerate from the point where it is cut off. However, if it is cut from the both sides at the same time, it is possible to once again cut off the Life Fibers which started to regenerate. This is the true power of the Sword Scissors that is made by Professor Matoi.
Matoi Ryuuko: Wait! Then those two Bakuzan pieces...
Inumuta Houka: ... will have the same effect. 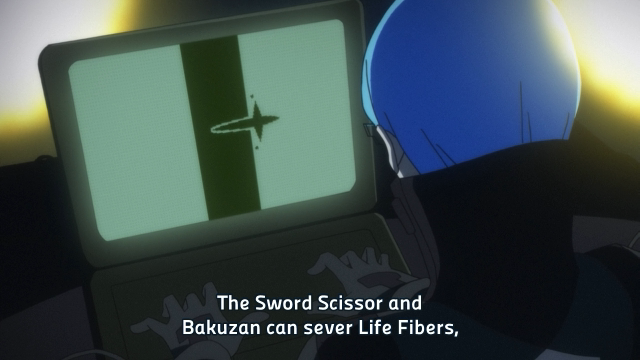 (Episode 23, Just after the opening)

Contradiction: When Harime Nui invades Matoi Isshin's laboratory, he cuts Nui's left eye with only one blade of the Sword Scissors, but that eye of Nui never heals up. He couldn't have used both the blades, because the other blade of the scissors pair wasn't pulled out of his body until Ryuuko arrived. 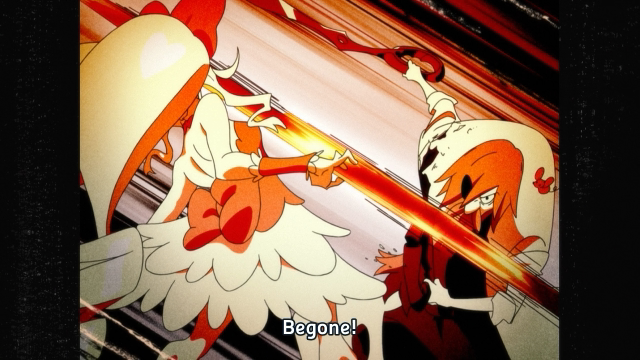 Question: Why doesn't Nui's left eye heal? It is not cut with the two blades together at the same time from both sides. It is cut with only one blade. Thus, it must be able to regenerate. But, it doesn't. Why?

Browse other questions tagged kill-la-kill or ask your own question.

8
Why did Harime Nui's eye not heal?

7
Why are next episode previews suddenly moved from TV to online?
8
Why is Senketsu the only Kamui that can talk?
10
Why did they break their cups after a toast?
1
Why do all one-star students look the same?
18
Why does Satsuki address everyone using “kisama”?
12
Why does Aikuro Mikisugi request everyone to use the DTR acronym?
5
What links “Luluco Space Patrol” and “Kill La Kill”?
8
Why did Harime Nui's eye not heal?
9
Is Senketsu eye patterns from Kill la Kill based off something?