Is code in episode 1 of New Game 2 actually an infinite loop? [closed]

Ask Question
Asked 4 years ago
Active 4 years ago
Viewed 6k times
27
Closed. This question is off-topic. It is not currently accepting answers. 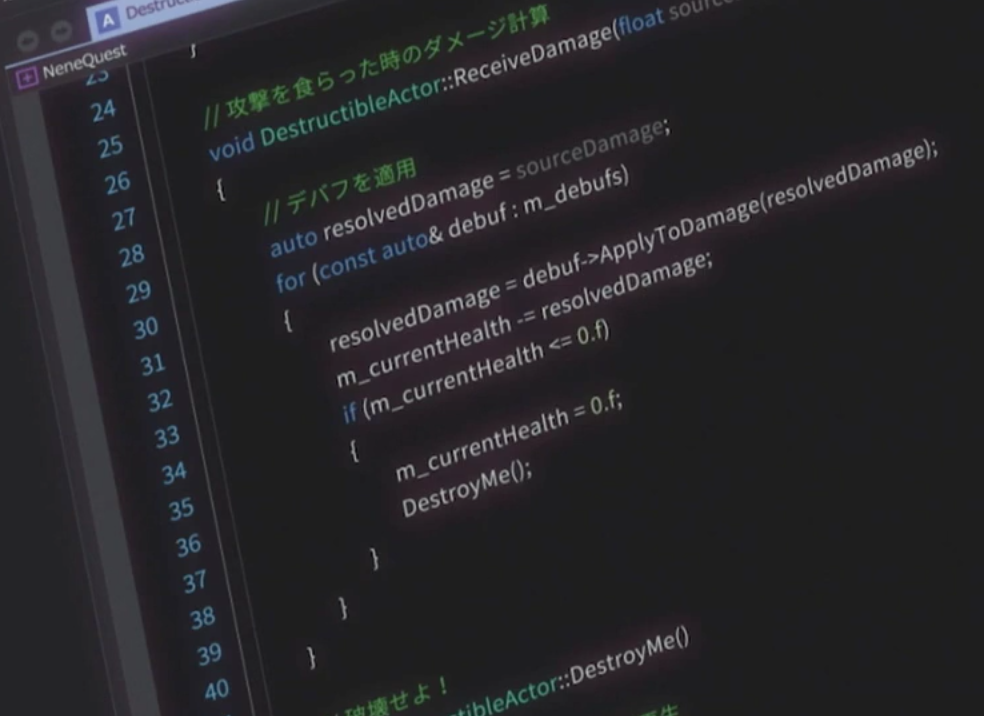 Here is it in text form with the comments translated:

After the shot, Umiko, pointing at the for loop, said that the reason why the code crashed is that there is an infinite loop.

I don't really know C++ so I'm not sure whether what she is saying is true.

From what I can see, the for loop is just iterating through the debufs that the Actor currently has. Unless the Actor has an infinite amount of debufs, I don't think it can possibly become an infinite loop.

Will the code actually create an infinite loop?

The code is not an infinite loop but it is a bug.

The application of damage should be outside the loop.

The code does not seem to create an infinite loop.

The only way the loop would be infinite would be if

were to add new items to the m_debufs container.

This seems unlikely. And if it were the case, the program could crash because of changing the container while being iterated.

The program would most likely crash because of the call to DestroyMe(); which presumably destroys the current object that is currently running the loop.

We can think of it as the cartoon where the 'bad guy' saws a branch to have the 'good guy' fall with it, but realizes too late that he's on the wrong side of the cut. Or the Midgaard Snake eating it's own tail.

I should also add that the most common symptom of an infinite loop is that it freezes the program or makes it not responsive. It will crash the program if it allocates memory repeatedly, or does something that ends up dividing by zero, or the likes.

Probably helpful: additional screenshot of Umiko saying that "It was calling the same operation over and over again", which might not be shown in the code.

"It was calling the same operation over and over again" This is more likely.

Assuming that DestroyMe(); is not designed to be called more than once, it is more likely to cause a crash.

A way to fix this issue would be to change the if for something like this:

This would exit the loop when the DestructibleActor is destroyed, making sure that 1) the DestroyMe method is called only once and 2) don't apply buffs uselessly once the object is already considered dead.

There are several issues with the code:

I'm not really sure why every debuf takes away the health, instead of the health being taken away only once, with the effects of all debuffs being applied on the initial damage taken, but I will assume that's the correct game logic.

The correct code would be